Get connected to HK Pet Community
Make a Donation
Home » Pet Knowledge » 《Cats Have Nine Lives? (Part 1) – The status of cats in Eastern and Western cultures》 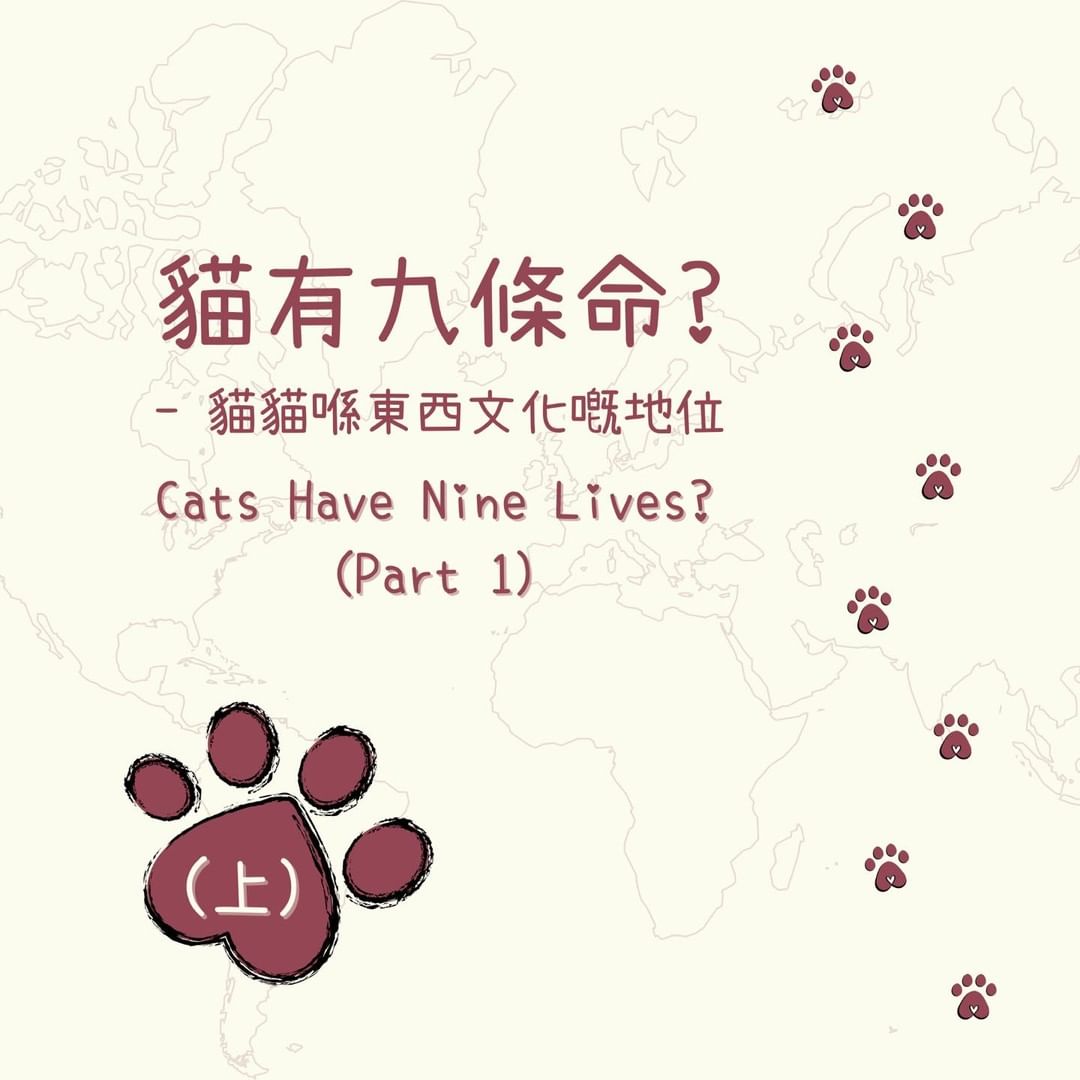 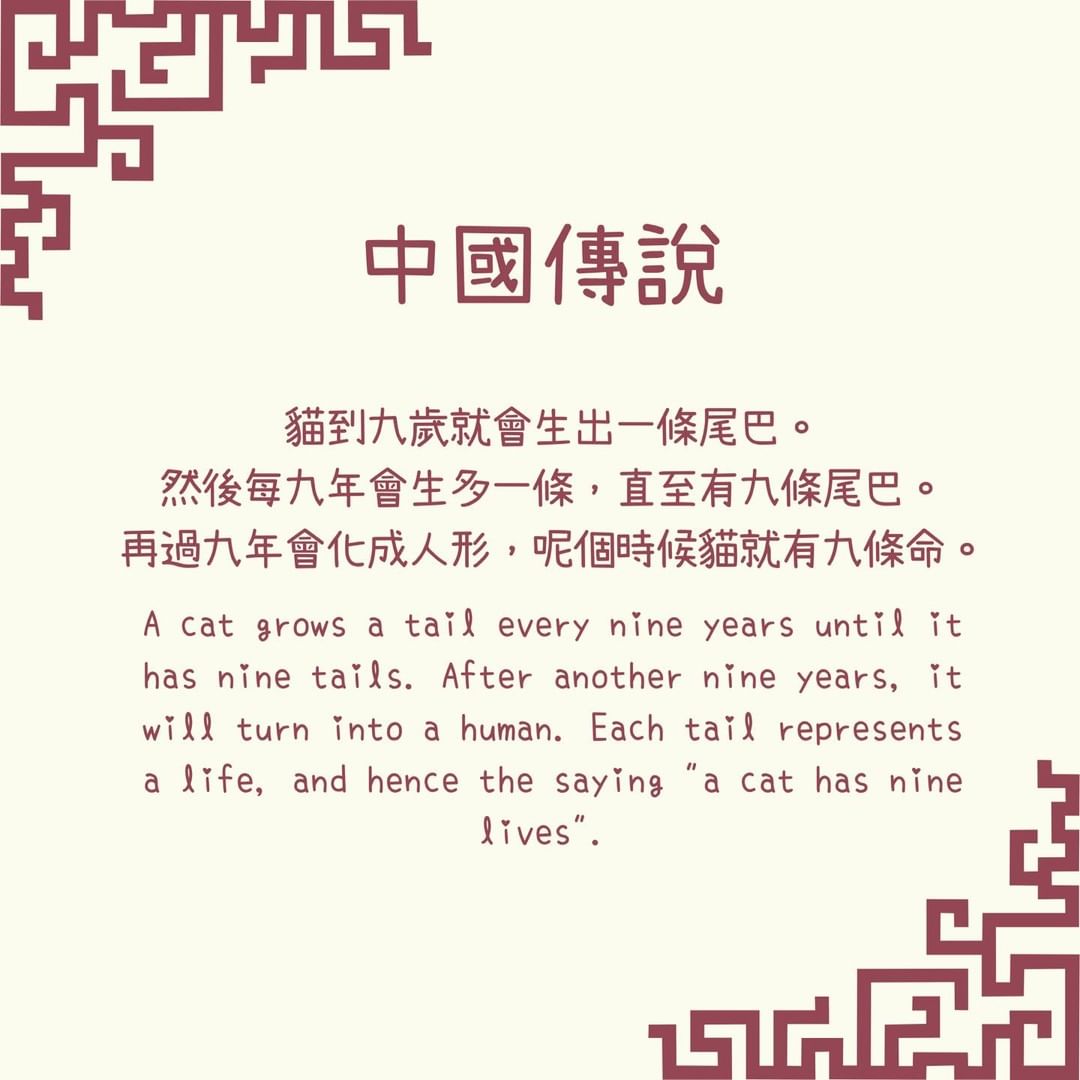 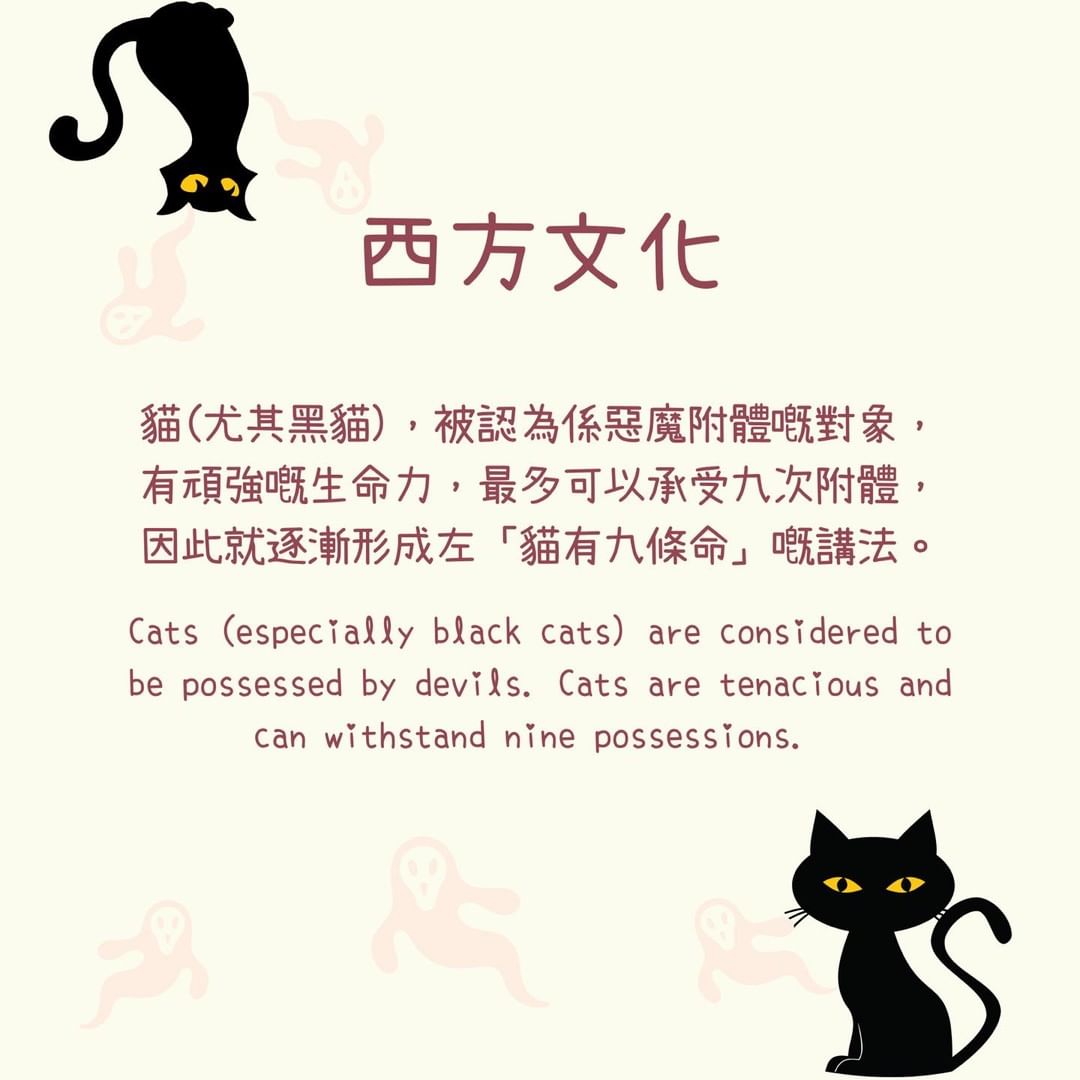 《Cats Have Nine Lives? (Part 1) – The status of cats in Eastern and Western cultures》

Cats have always had an important place in human history, and the saying that "cats have 9 lives" has been popular in both Eastern and Western cultures. Why is it 9 lives, but not “8” or “10”? and why does everyone believe in it? Let’s dive into the history of cats!

There are a lot of legendary creatures in the Chinese lores, such as "Nian Shou". "Nine-tailed cat demon" is also one of them. As per the saying, when a cat is raised to nine years old, it will grow its first tail. Then, it will grow a tail every nine years until he has nine tails. Wait another nine years, and it will turn into human form. At this moment, it would have to eat people to maintain its life. The "Nine-tailed cat demon" will even pretend as a beautiful and attractive female to lure people. Each tail symbolizes one life, hence the saying "a cat has nine lives" goes.

However, in Western culture, cats had a very miserable past. In the Middle Ages, people generally believed that the existence of witches would bring bad luck, hence "witch hunting" was very popular. As per the legend, witches have their own familiar in the form of crows, owls, cats, etc. Among all these, cats (especially black cats) are considered to be devil’s possessions. They are tenacious and can withstand nine deaths. Therefore, the saying that "cats have nine lives" gradually formed. At that time, people believed that torturing could force demons out of cats, which led to countless tragic cat abuse cases. These cat abuse cases also indirectly led to the prevalence of the “Black Death”, nearly one-third of the population in Europe died.

Looking back, "a cat has nine lives" is just nonsense, yet people believed it and killed tons of cats. It feels ridiculous as hell from today’s standard.

We talked about how different cultures form the saying of "cats have nine lives". The next article will explain from a scientific point of view to explain this statement, so stay tuned~