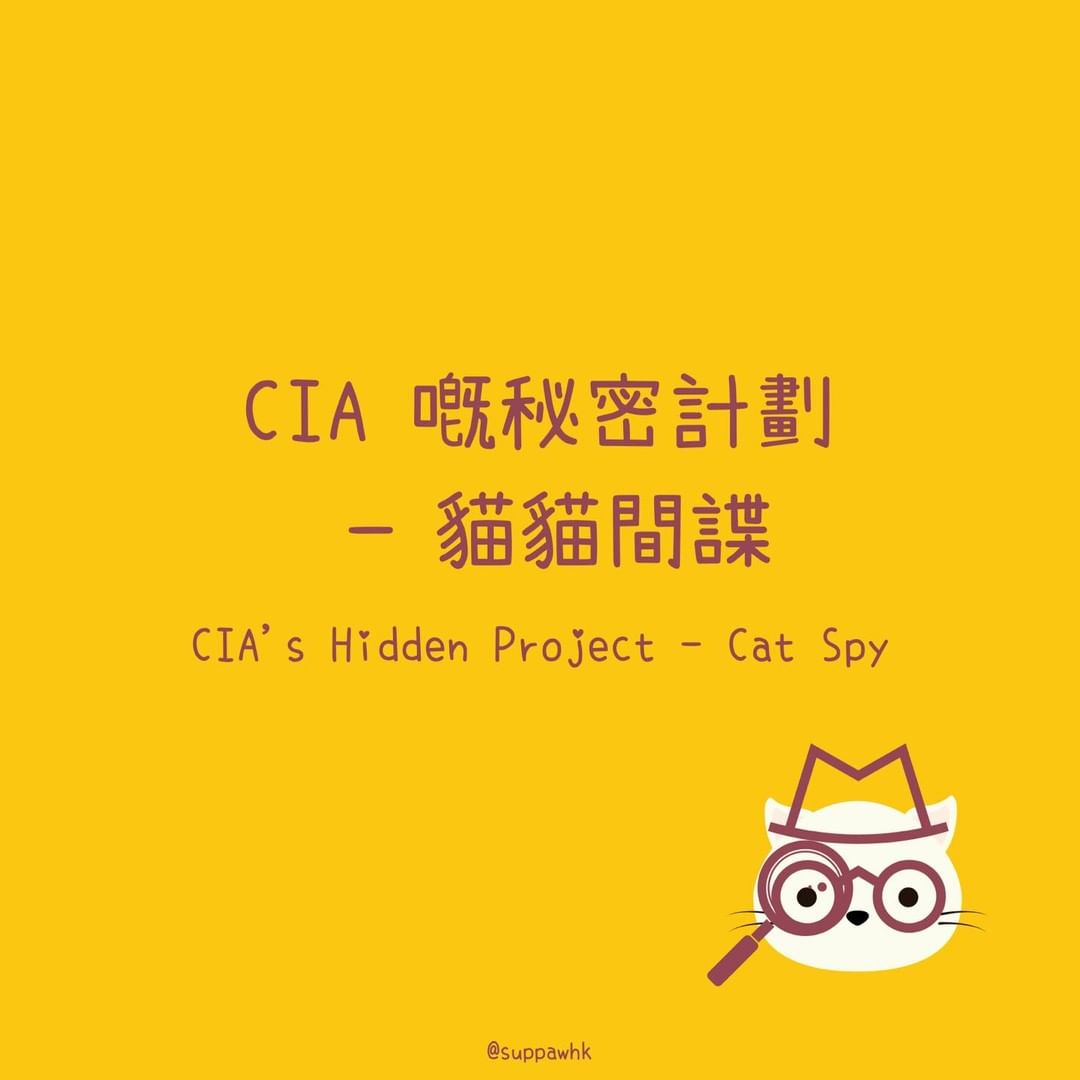 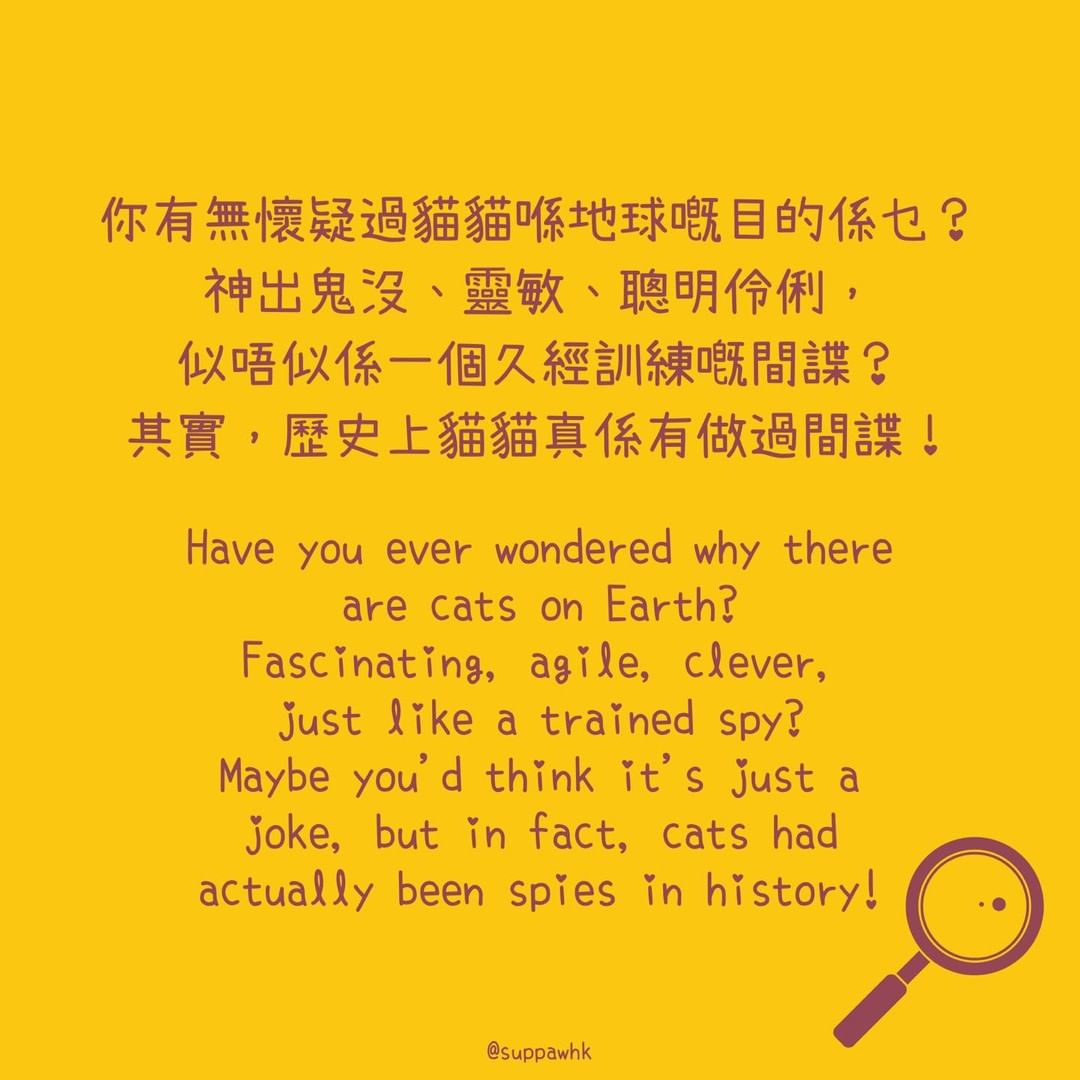 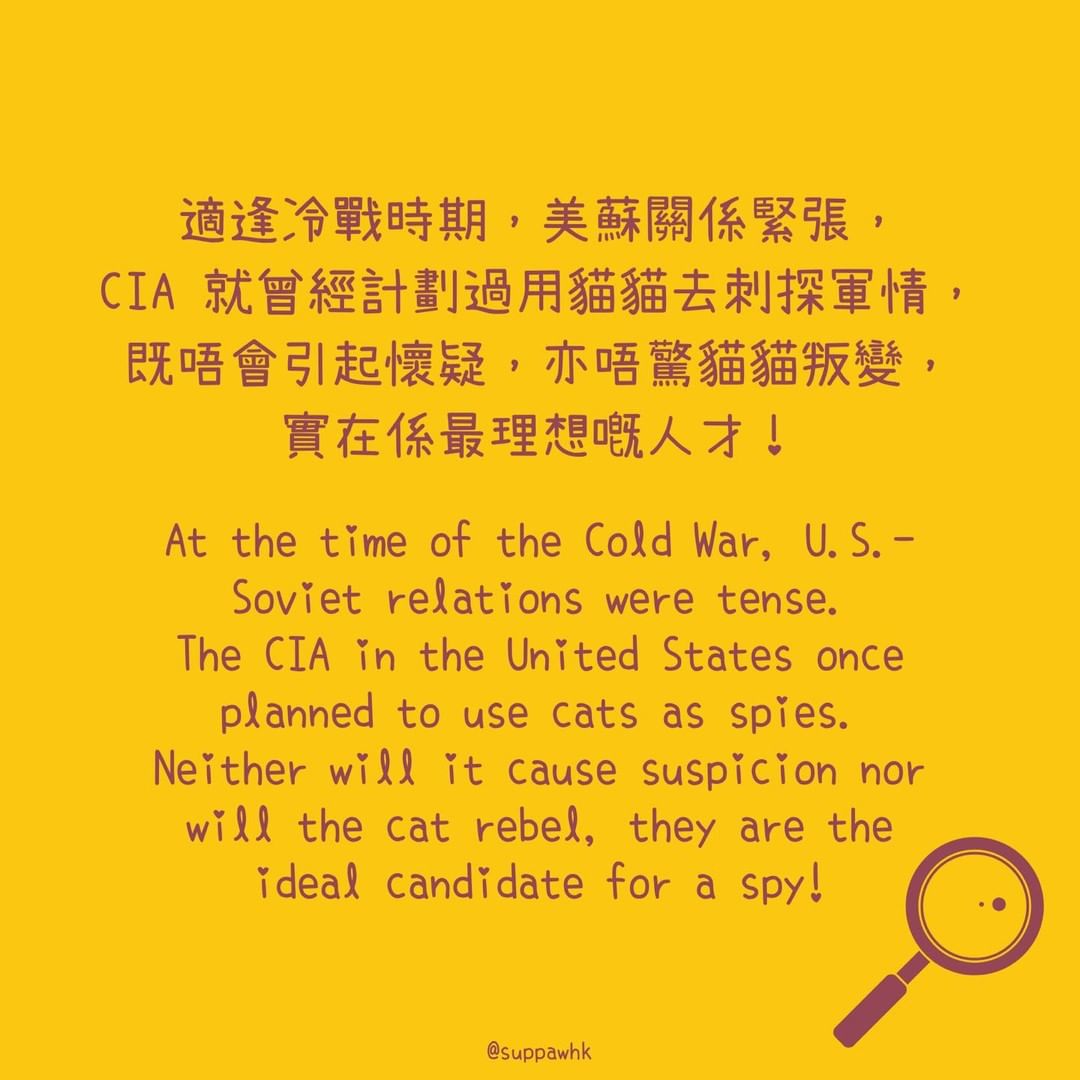 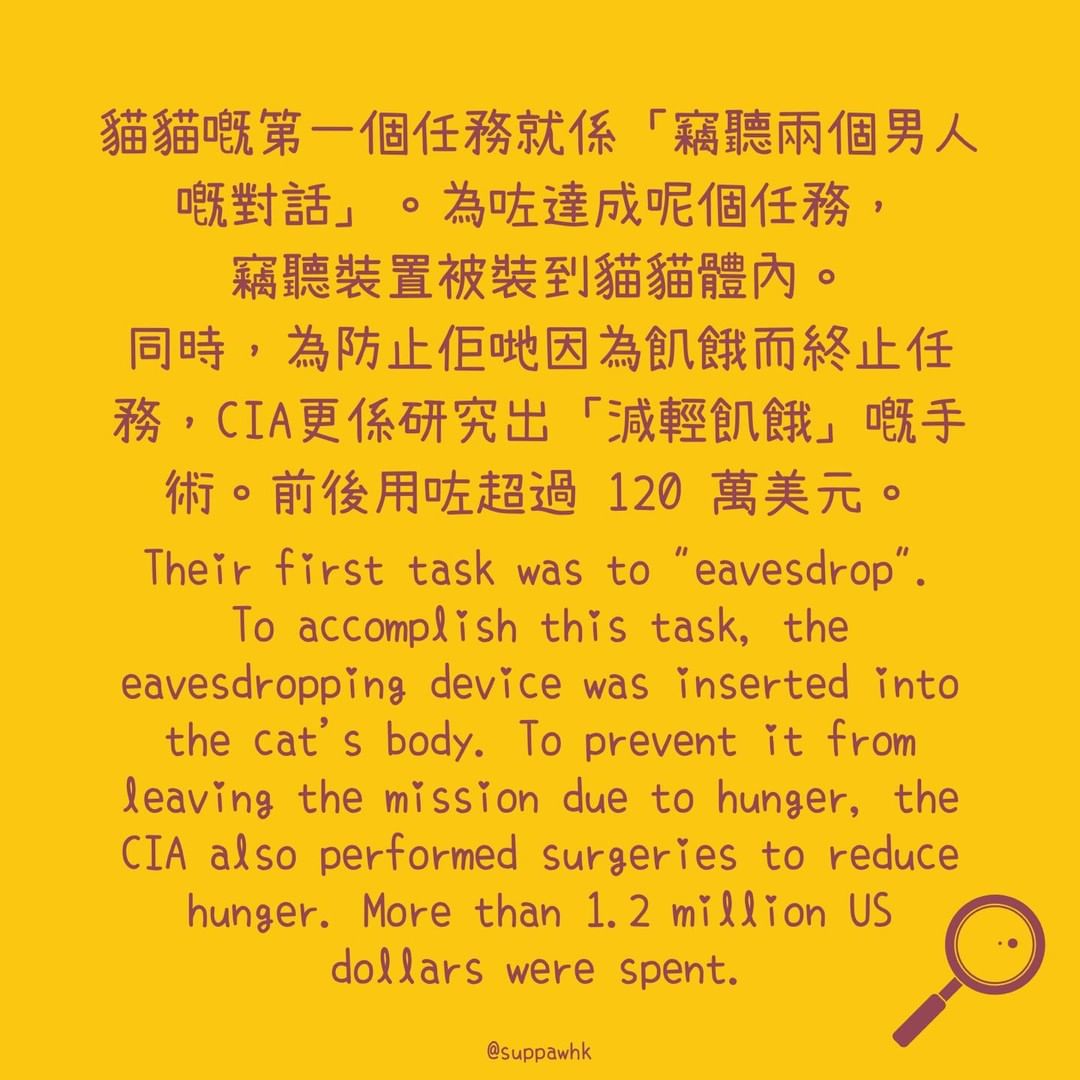 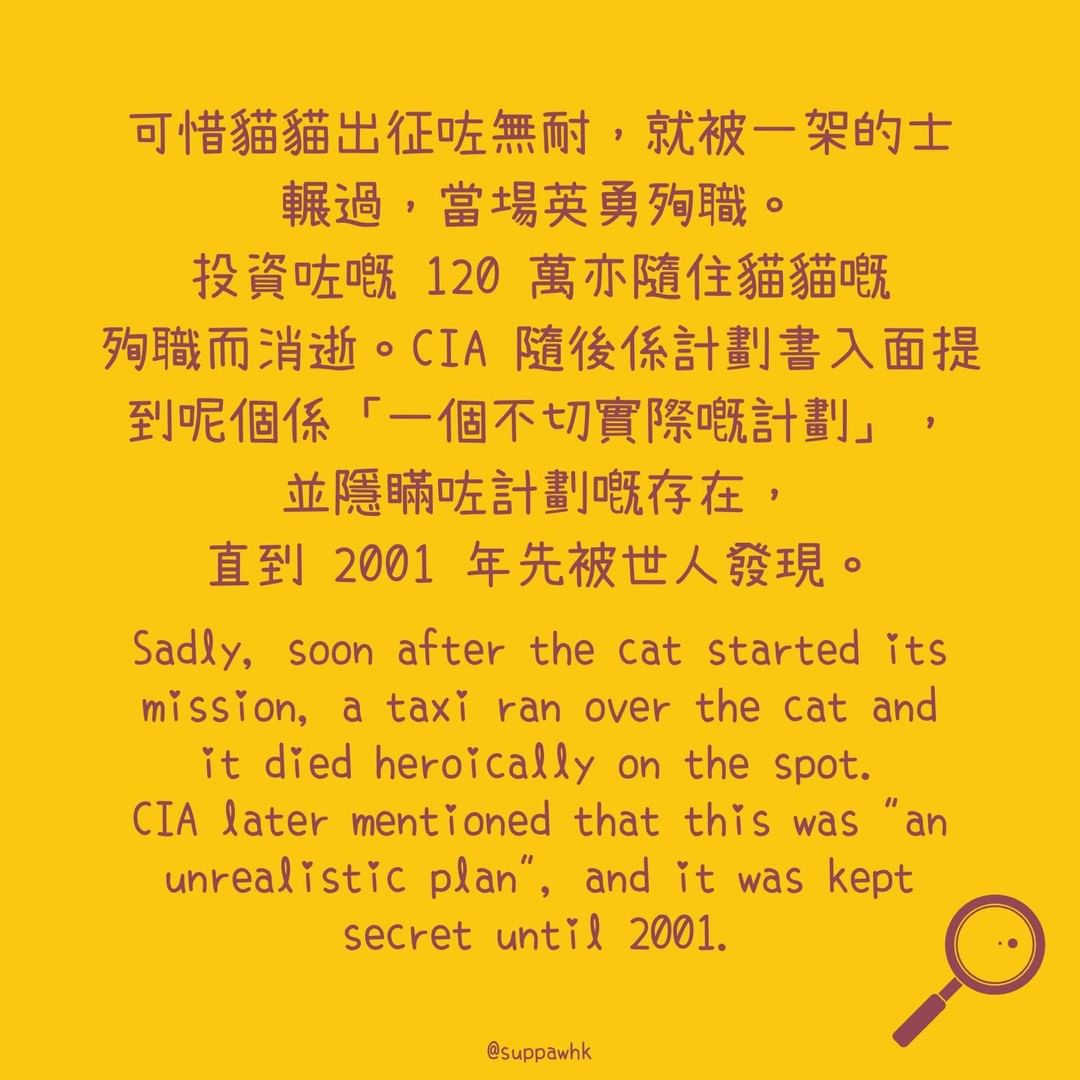 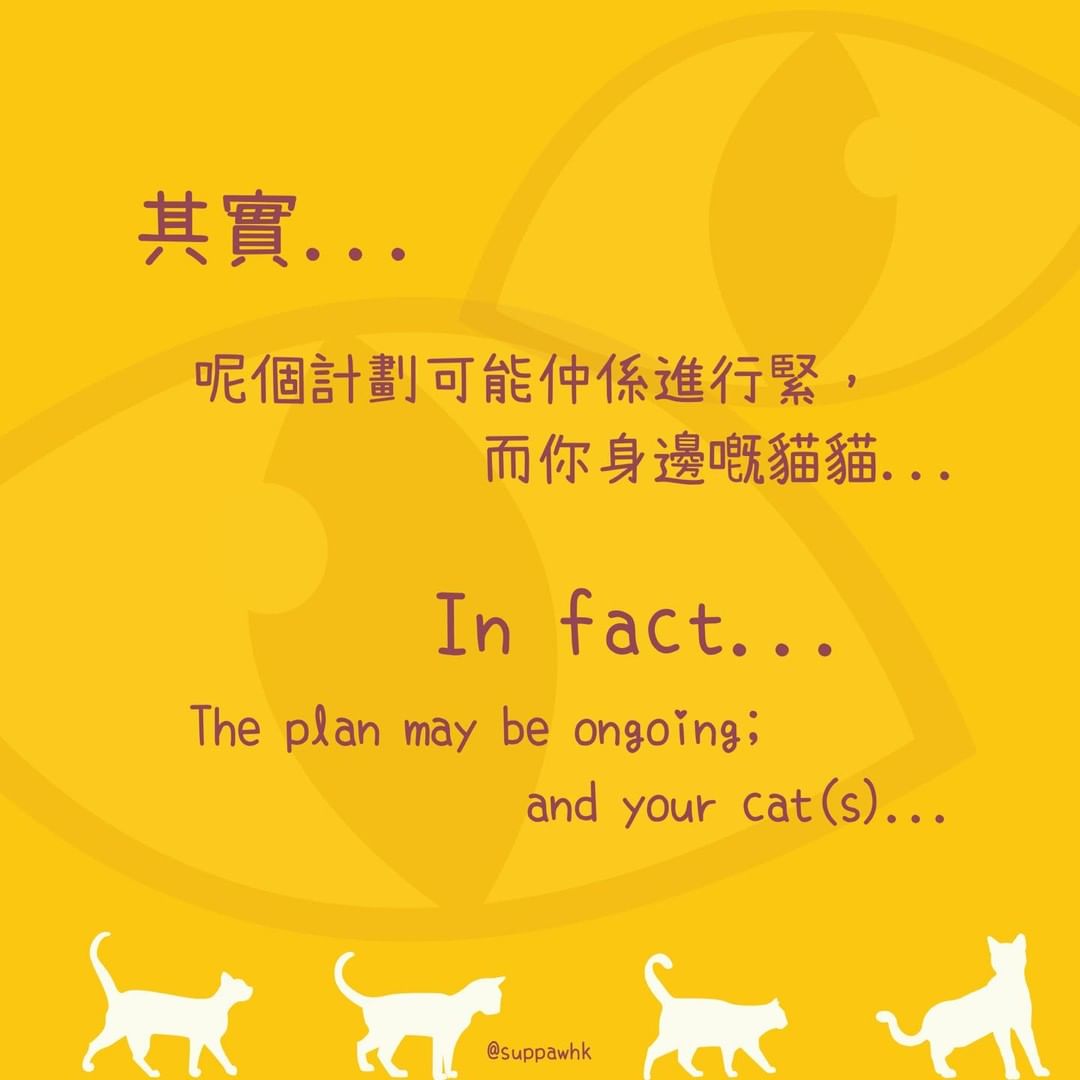 Have you ever wondered why there are cats on Earth?

But in fact, cats had actually been spies in history!

At the time of the Cold War, U.S.-Soviet relations were tense.

The CIA in the United States once planned to use cats to spy on the military.

Neither will it cause suspicion nor will the cat rebel,

It is the most ideal candidate for a spy!

Its first task is to "eavesdrop on the conversation between two men".

To accomplish this task,

The eavesdropping device was installed in the cat's body.

To prevent it from leaving the mission due to hunger,

The CIA has also performed a surgery that could reduce hunger.

More than 1.2 million US dollars were spent on the whole project.

However, there was a gap between ideal and reality.

Right after the cat started its mission,

A taxi ran over the cat and it died heroically on the spot.

CIA later mentioned that this was "an unrealistic plan",

In fact, maybe the plan is still ongoing,

And your cat may be the new batch of spies…...