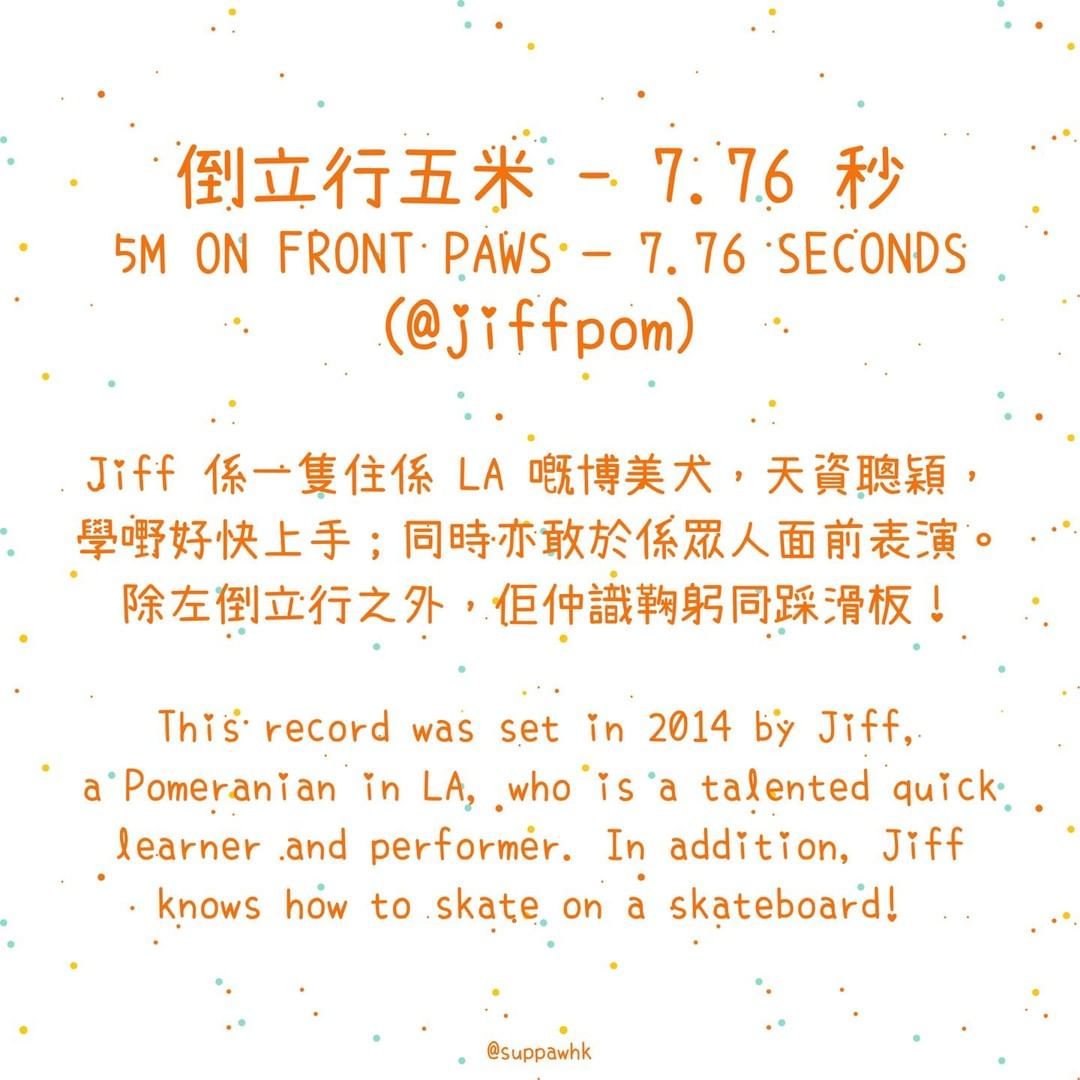 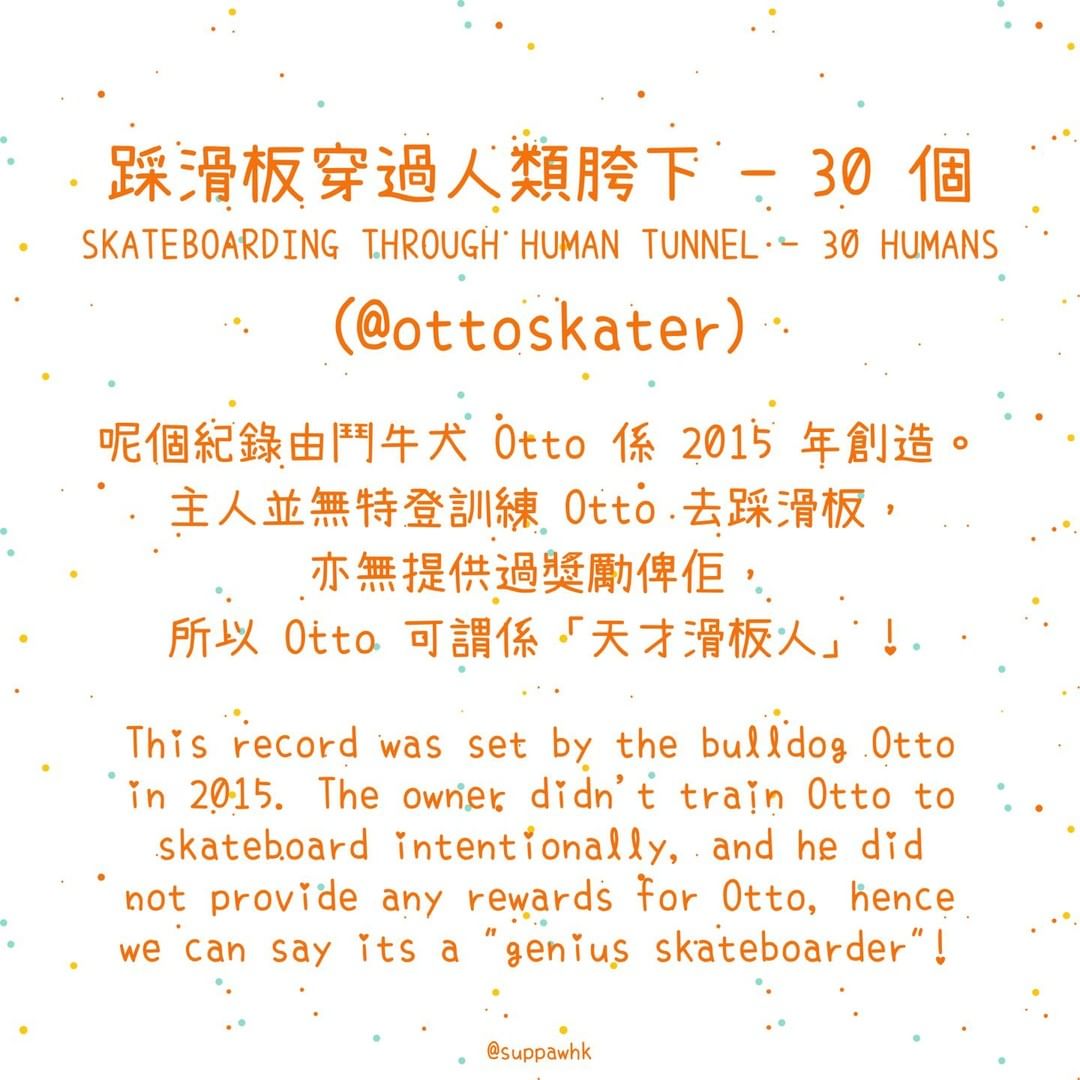 This record was set by Jiff in 2014. It is a Pomeranian living in LA, who is a talented quick learner and also a performer. In addition, Jiff knows how to skate on a skateboard! Till now, it already has more than 10 million followers on IG!

Have you ever seen skipping rope with dogs? This record was created in 2016 by Jessica and its owner Rachael. Jessica is a Jack Russell, who is very obedient. Unfortunately, There seem to be not much information about Jessica on IG :(

This record was set by the bulldog Otto in 2015. The hilarious thing is that the owner didn’t train Otto to skateboard intentionally, and he did not provide any rewards for Otto, hence we can say its a "genius skateboarder"! Follow his IG to see more of his skateboarding videos and daily life~

Does your pet have special skills? Share it with us!