Get connected to HK Pet Community
Make a Donation
Home » Pet Knowledge » 《Not Only Are Cats Spies, They Are Also Mayors!》 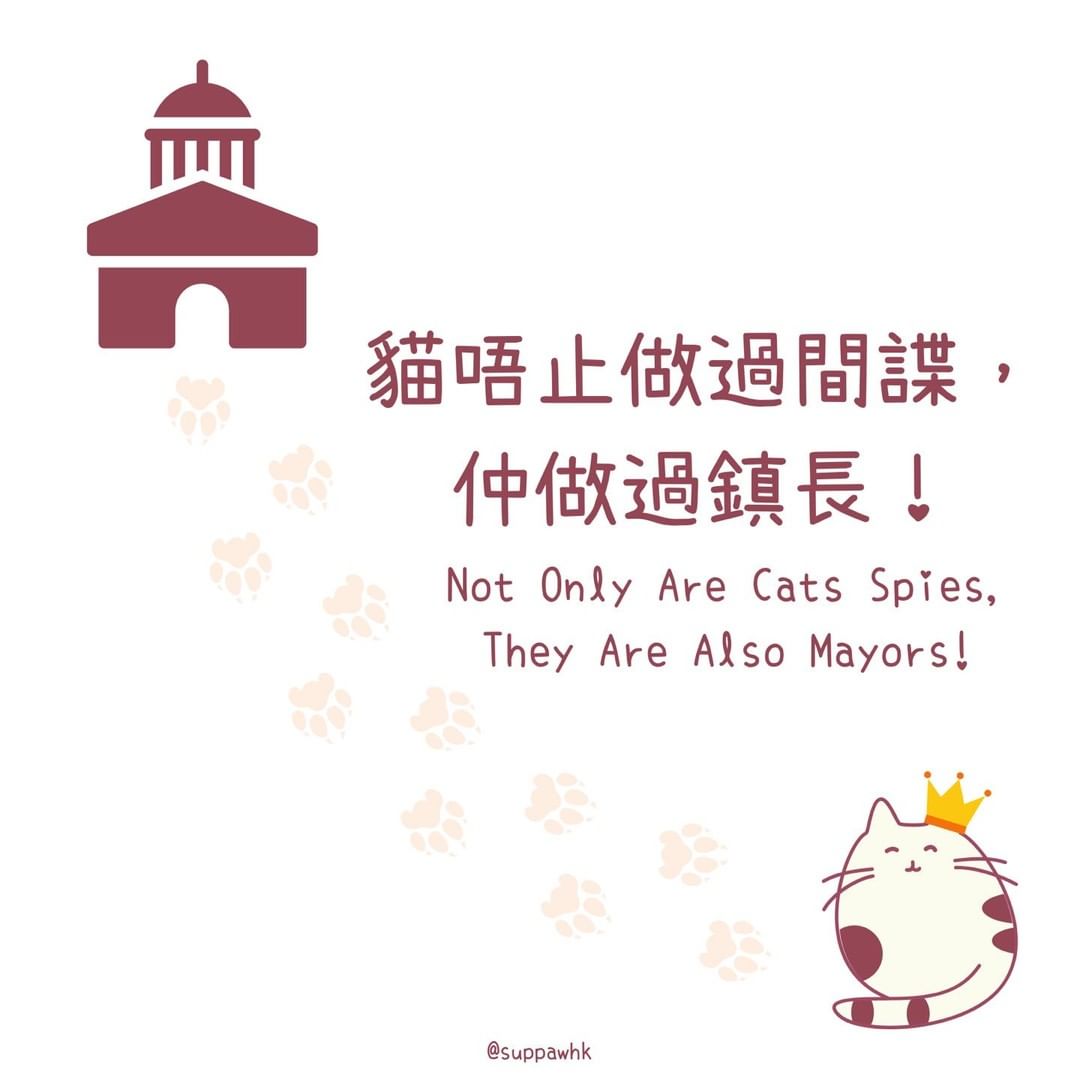 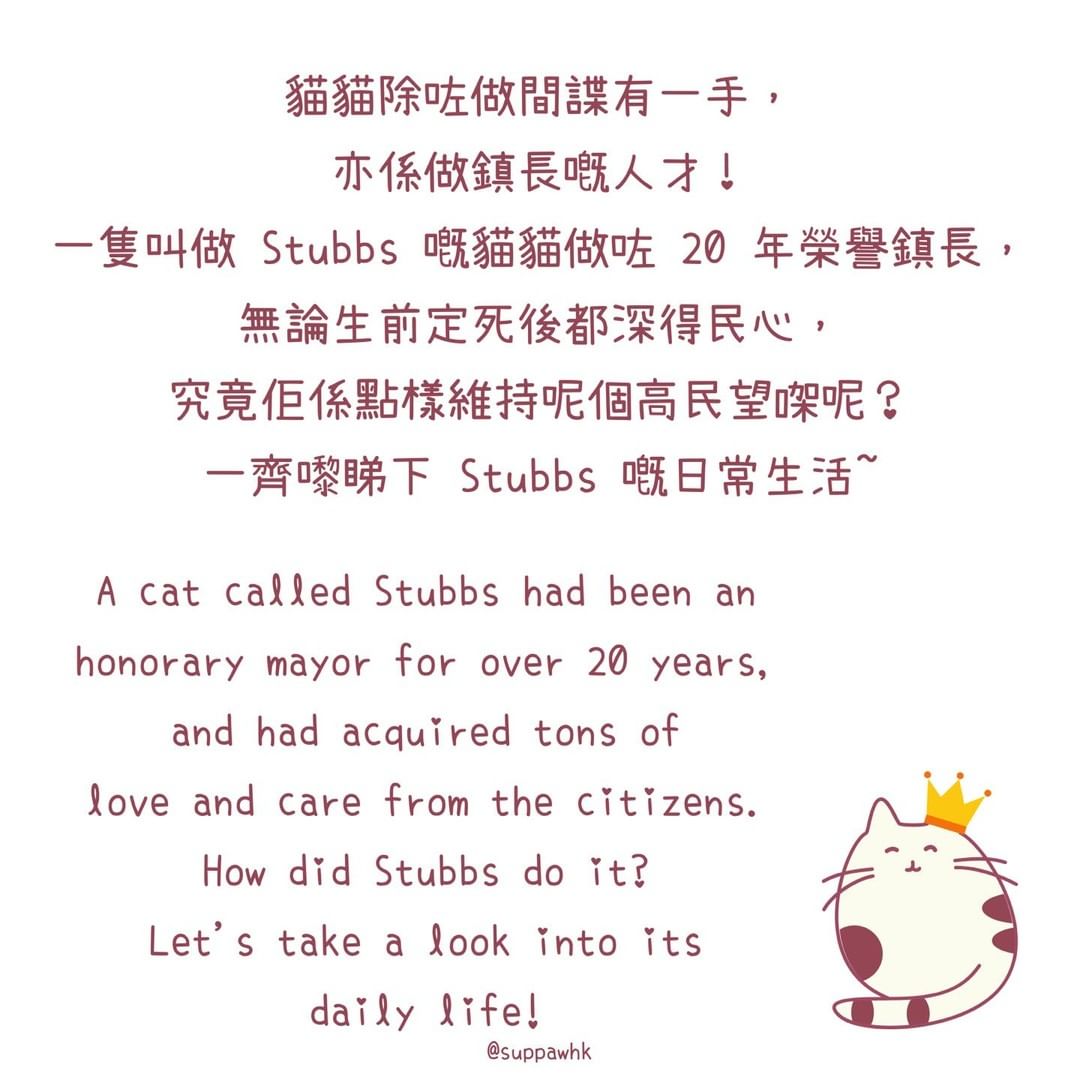 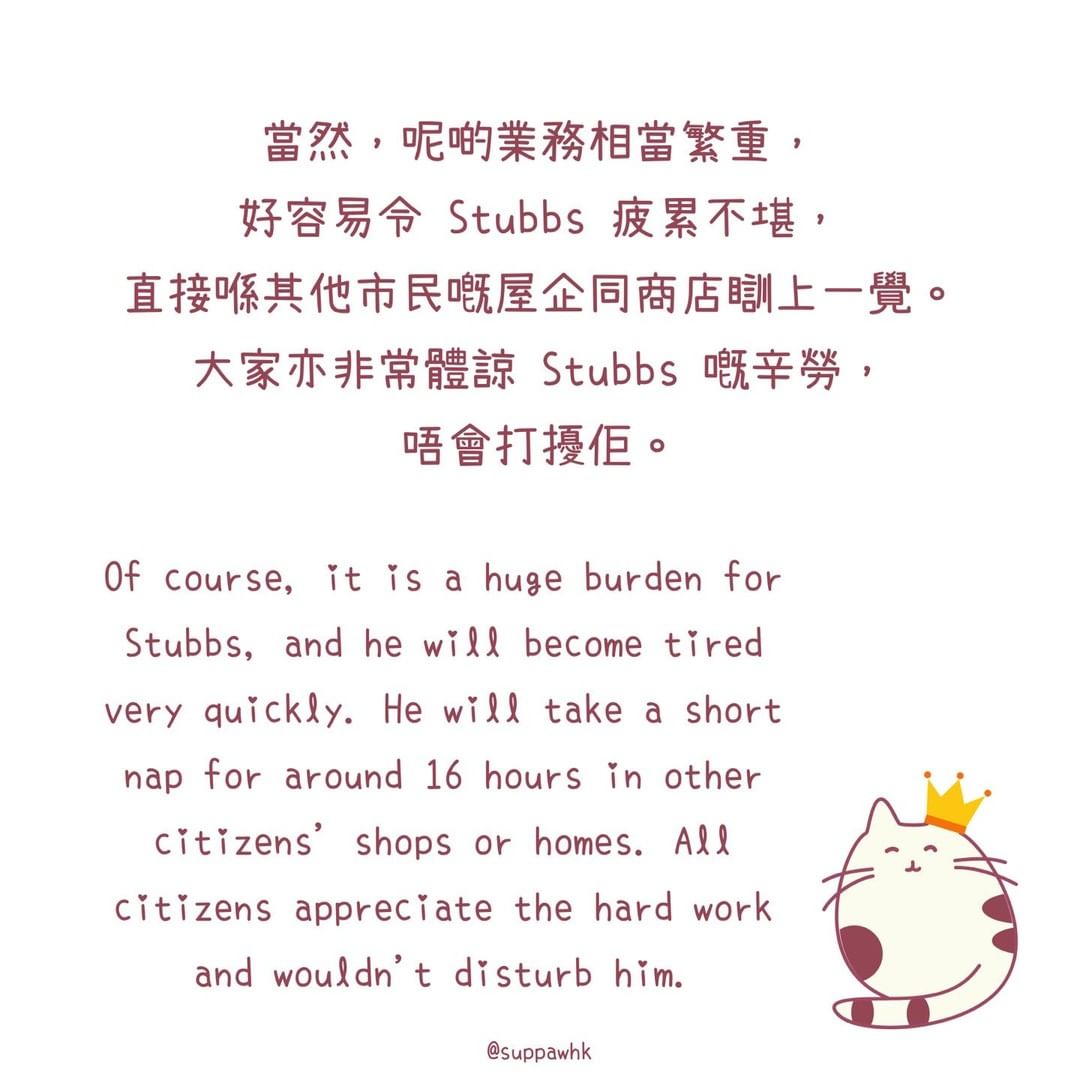 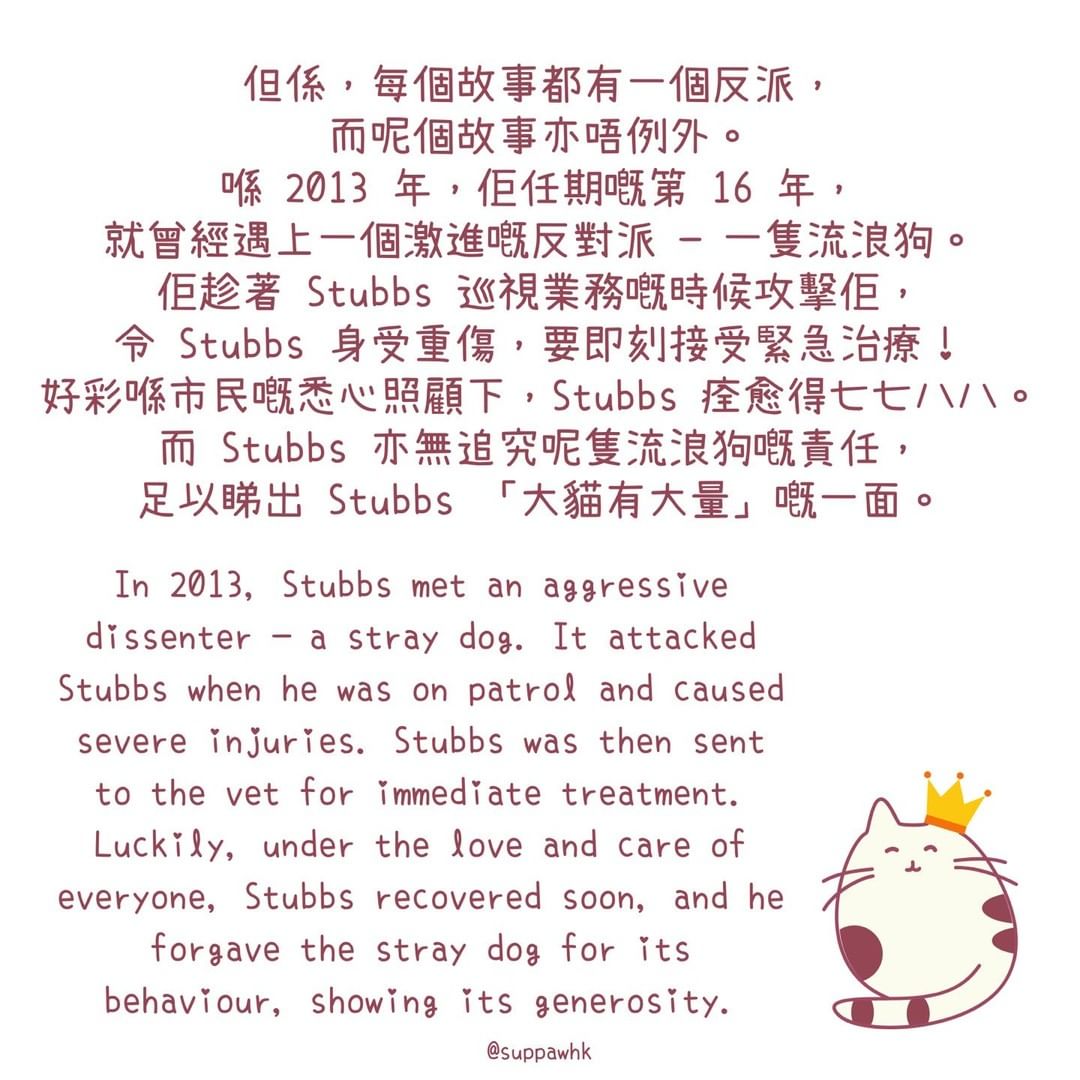 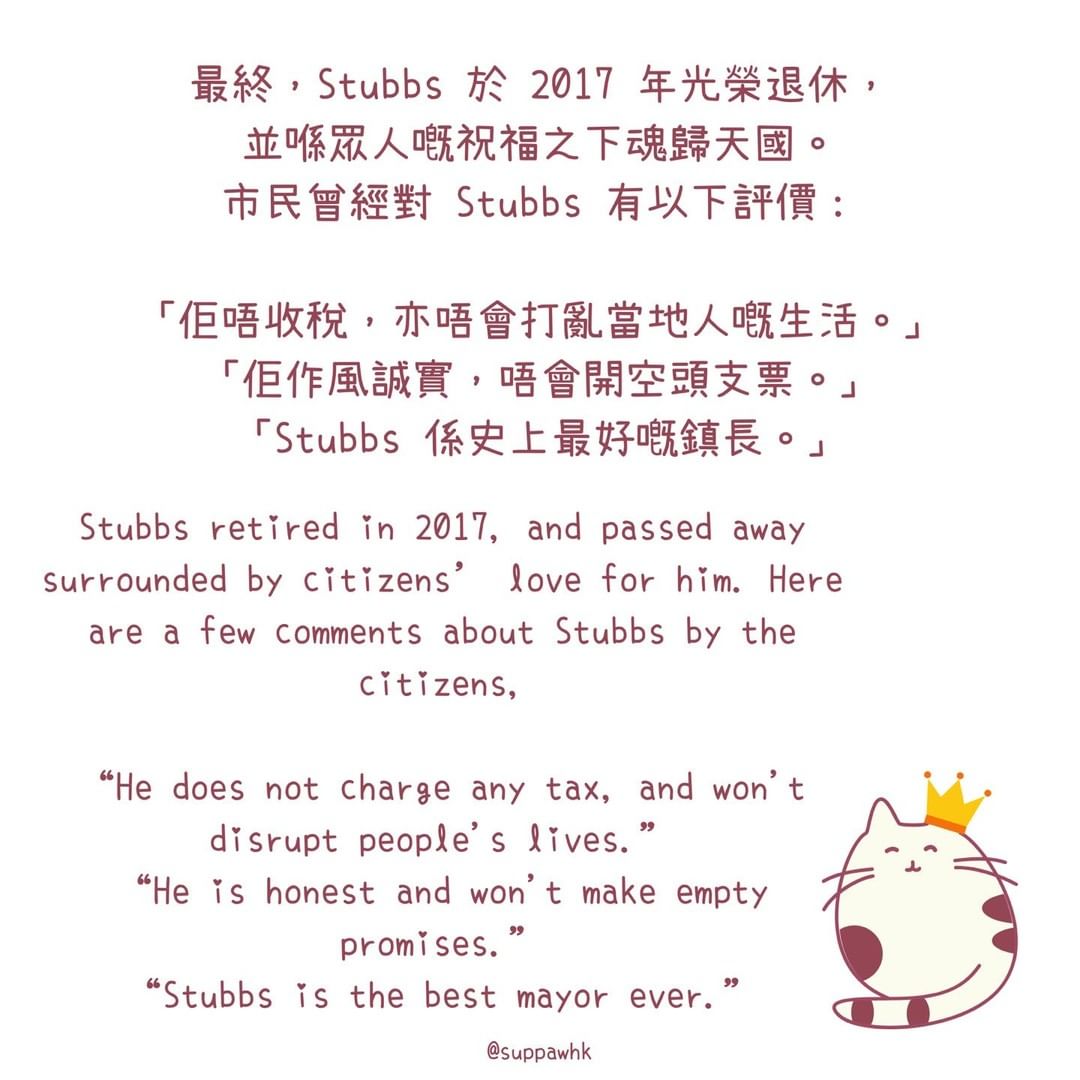 《Not Only Are Cats Spies, They Are Also Mayors!》

Cats are good at being a spy, as well as a mayor! A cat called Stubbs had been an honorary mayor for over 20 years, and had acquired tons of love and care from the citizens. How did Stubbs do it? Let’s take a look into its daily life!

Every morning, Stubbs will drink catnip in water from a margarita glass, and meet every visitor who had an appointment with him, boosting GDP with his own effort. After the appointments, he will patrol the town, greet every citizen he meets to understand them better.

Of course, it is a huge burden for Stubbs, and he will become tired very quickly. He will take a short nap for around 16 hours in other citizens’ shops or homes. All citizens appreciate the hard work and wouldn’t disturb him.

However, there’s an antagonist in every story, and this one is no exception. In 2013, the 16th year of its terms, Stubbs met an aggressive dissenter —— a stray dog. It attacked Stubbs when he was on patrol and caused severe injuries. Stubbs was then sent to the vet for immediate treatment. Luckily, under the love and care of everyone, Stubbs recovered very soon, and he forgave the stray dog for its behaviour, showing its generosity.

Stubbs retired in 2017, and passed away surrounded by citizens’ love for him. Here are a few comments about Stubbs by the citizens,

“He does not charge any tax, and won’t disrupt people’s lives.”

“He is honest and won’t make empty promises.”

“Stubbs is the best mayor ever.”

All the best to Stubbs!