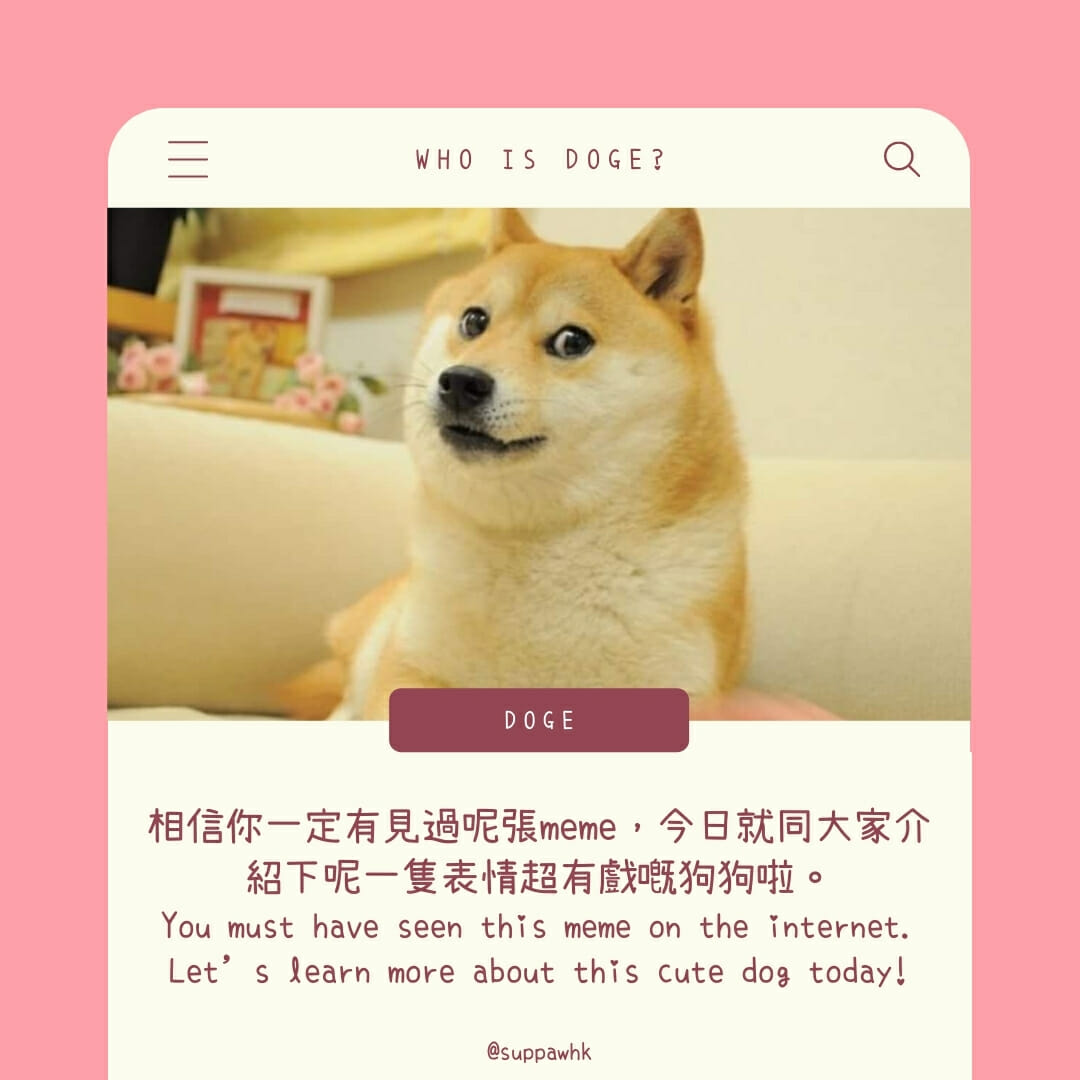 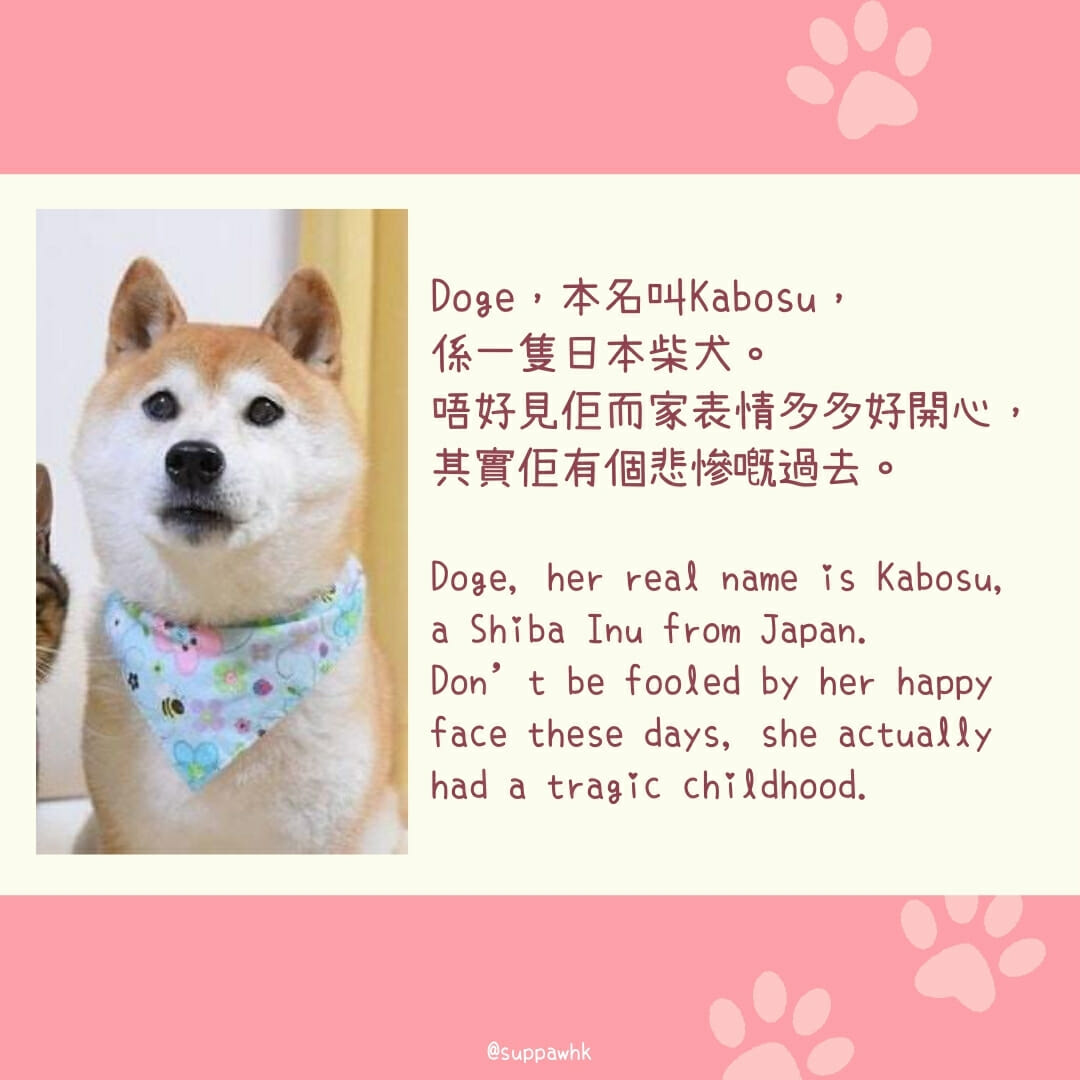 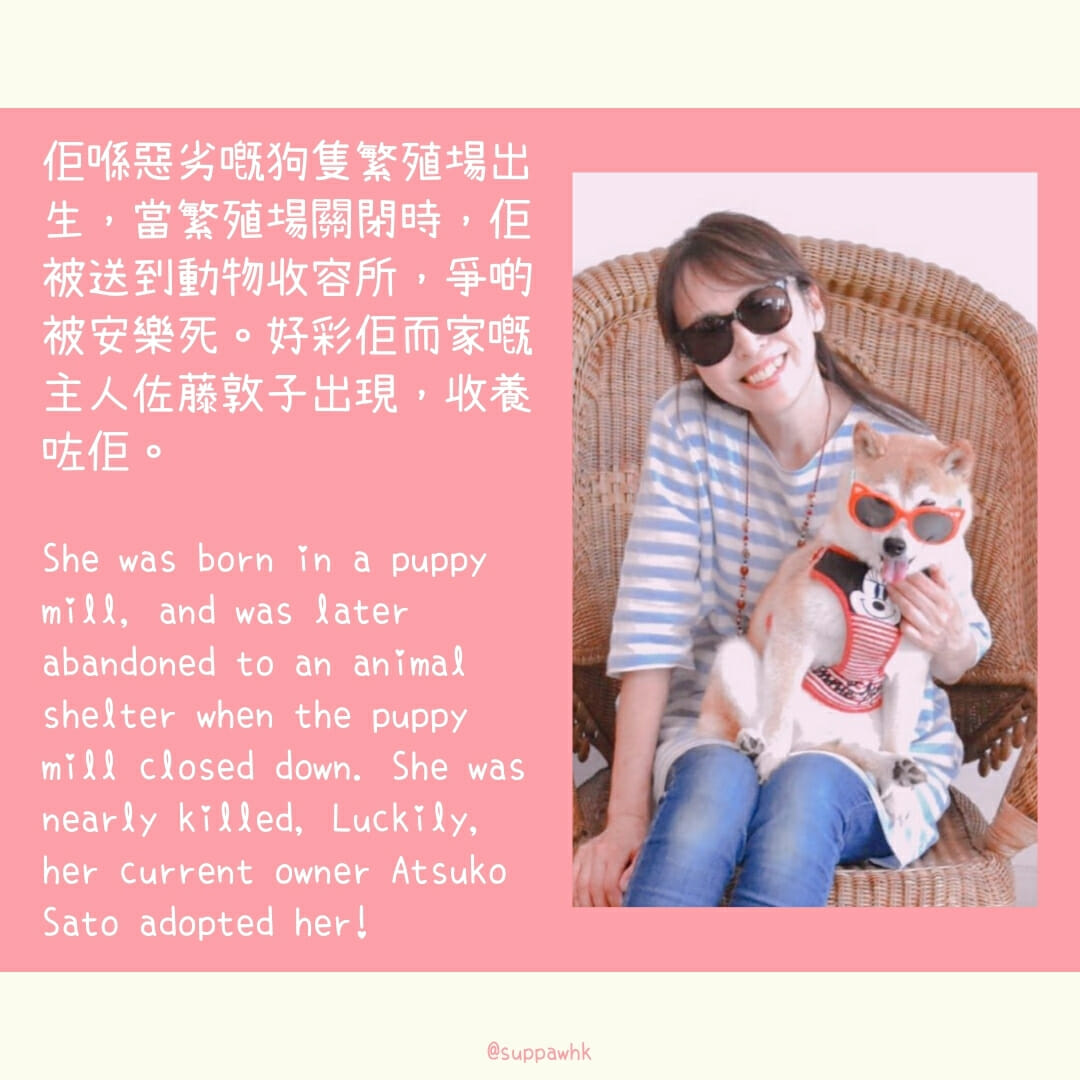 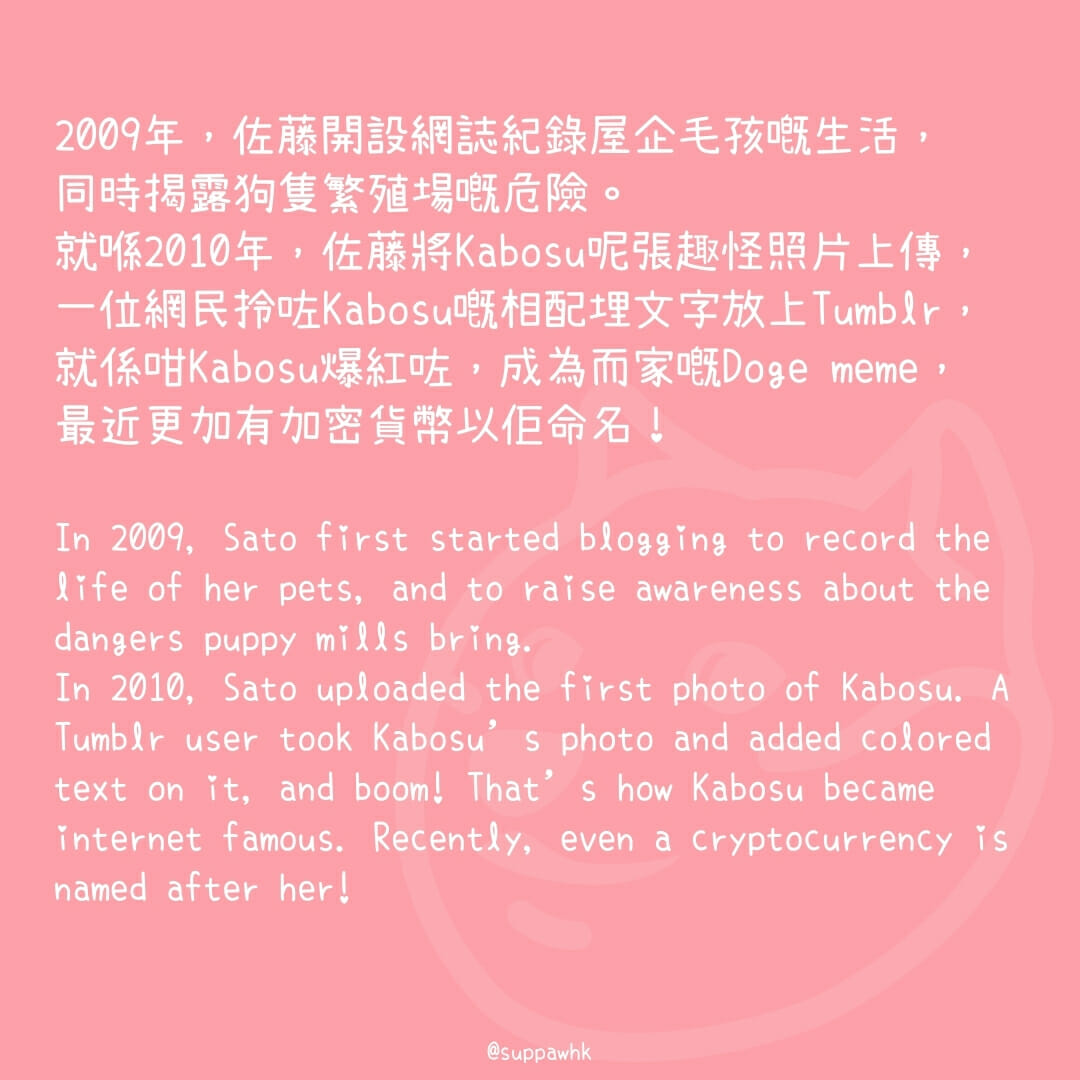 You must have seen this meme on the internet. Let’s learn more about this cute dog today!

Doge, her real name is Kabosu, a Shiba Inu from Japan.
Don’t be fooled by her happy face these days, she actually had a tragic childhood.

She was born in a puppy mill, and was later abandoned to an animal shelter when the puppy mill closed down. She was nearly killed, Luckily, her current owner Atsuko Sato adopted her!

In 2009, Sato first started blogging to record the life of her pets, and to raise awareness about the dangers puppy mills bring.

In 2010, Sato uploaded the first photo of Kabosu. A Tumblr user took Kabosu’s photo and added colored text on it, and boom! That’s how Kabosu became internet famous. Recently, even a cryptocurrency is named after her!