Get connected to HK Pet Community
Make a Donation
Home » Pet Knowledge » 《Why are there no cats in the Chinese Zodiac? An unexpected answer!》 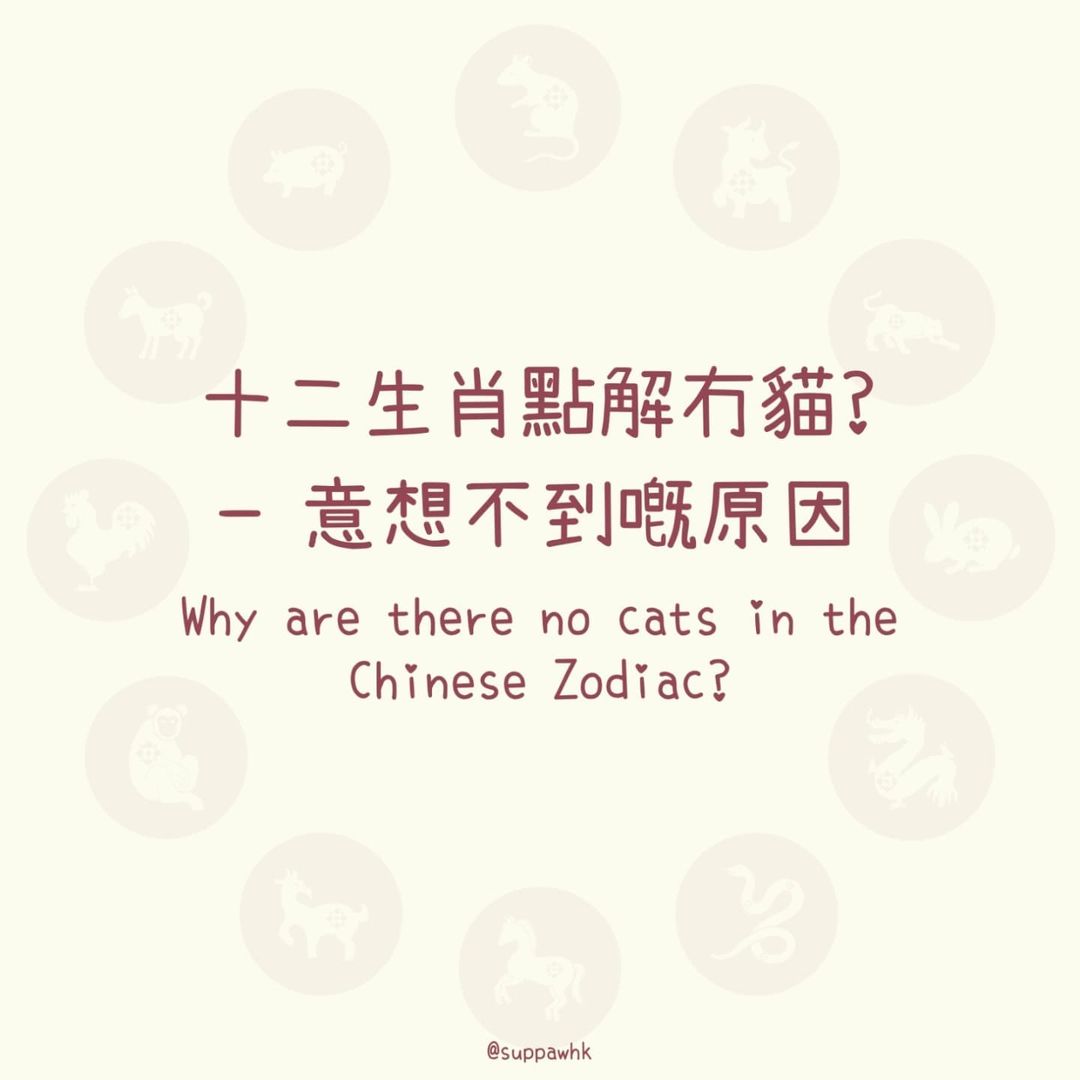 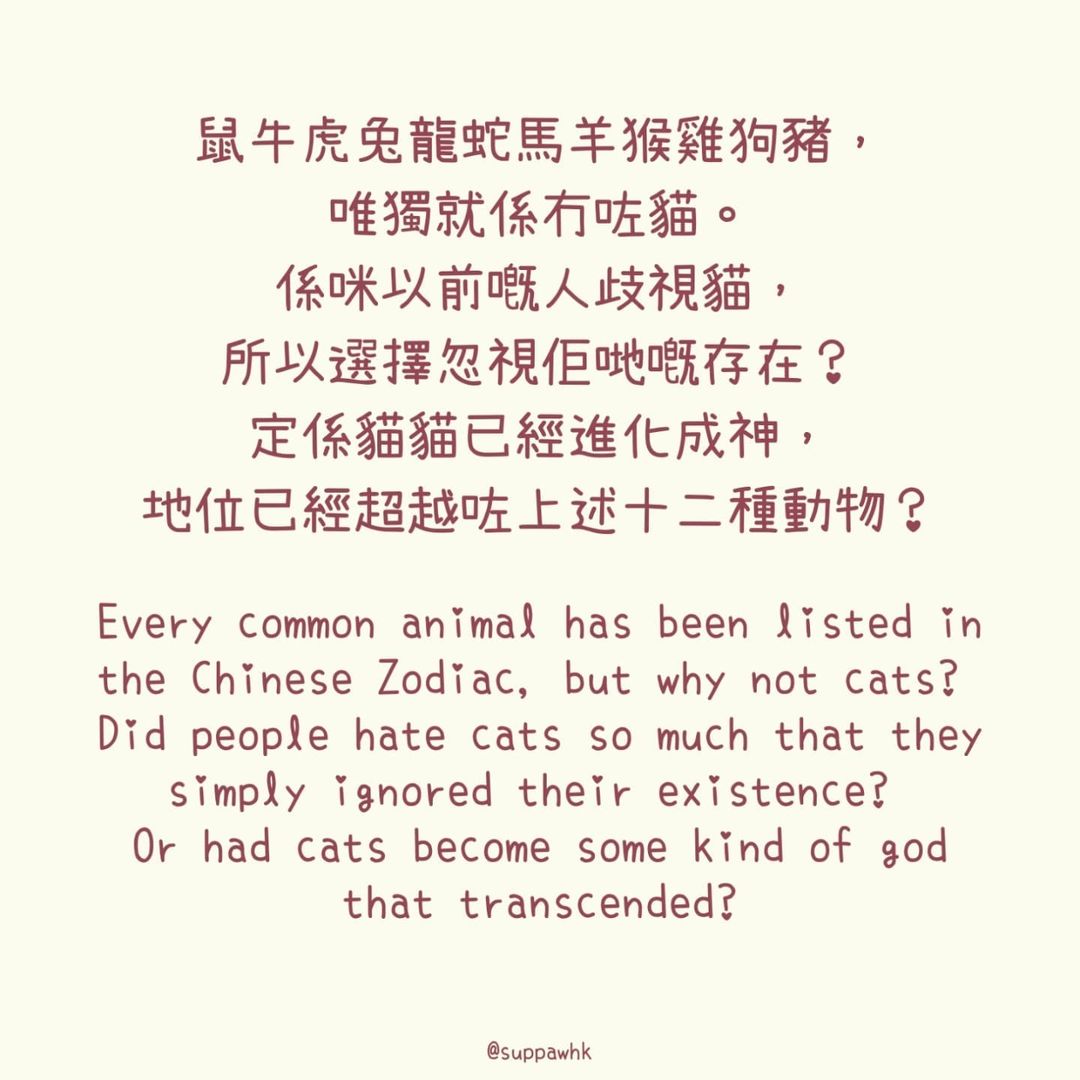 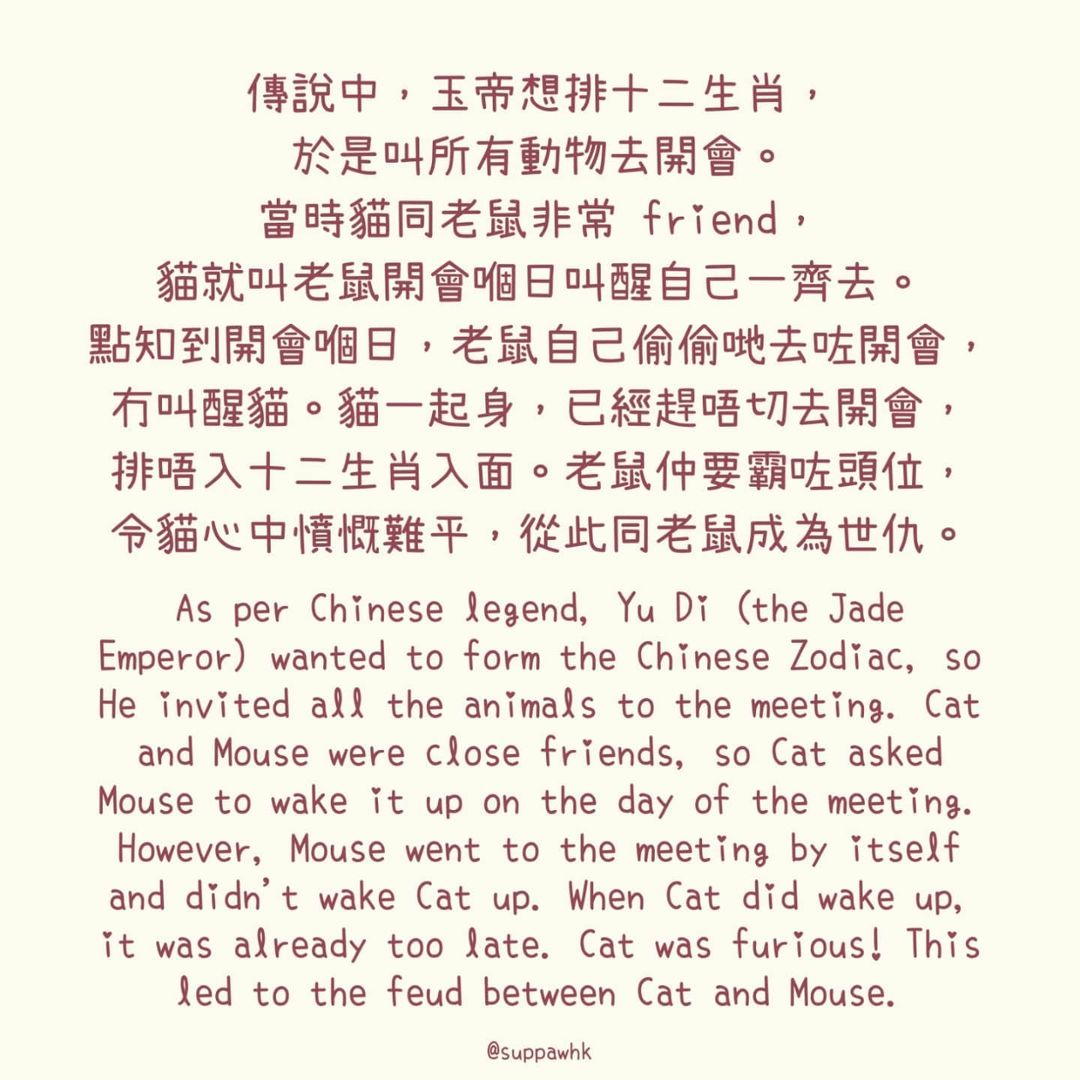 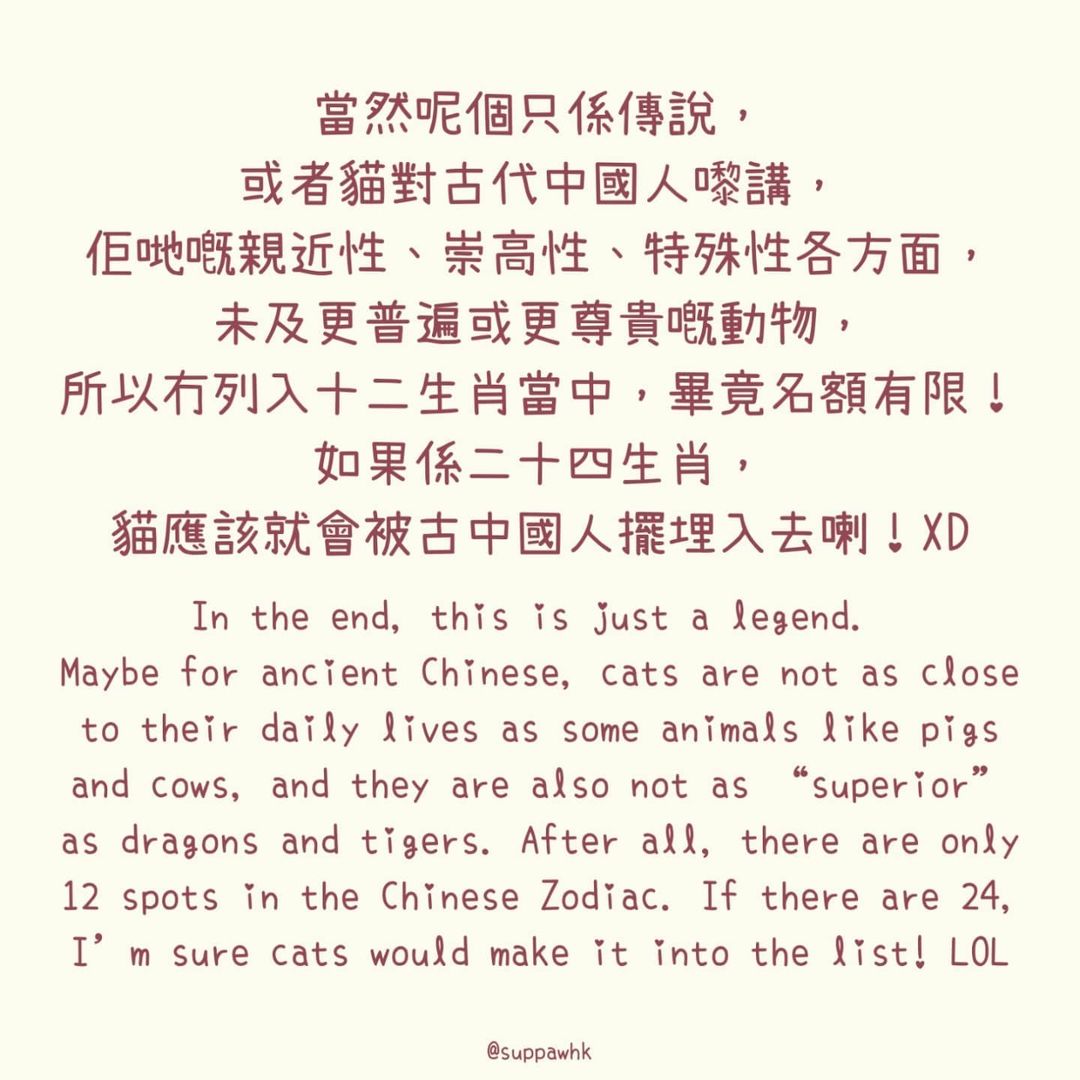 《Why are there no cats in the Chinese Zodiac? An unexpected answer!》

Every common animal has been listed in the Chinese Zodiac,

but why not cats?

Did people hate cats so much that they simply ignored their existence?

Or had cats become some kind of god that transcended?

As per Chinese legend,

so He invited all the animals to the meeting.

Cat and Mouse were close friends at that time,

so Cat asked Mouse to wake it up on the day of the meeting.

However, on that day,

Mouse went to the meeting by itself and didn’t wake Cat up.

When Cat did wake up,

it was already too late for it to attend the meeting.

It had therefore lost its position in the Chinese Zodiac.

What’s even worse was that Mouse got first place!

This led to the feud between Cat and Mouse.

In the end, this is just a legend.

cats are not as close to their daily lives as some animals like pigs and cows,

and they are also not as “superior” as dragons and tigers.

Afterall, there are only 12 spots in the Chinese Zodiac.

If there are 24, I’m sure cats would make it into the list! LOL

Do you think cats should be included? Tell us your thoughts!