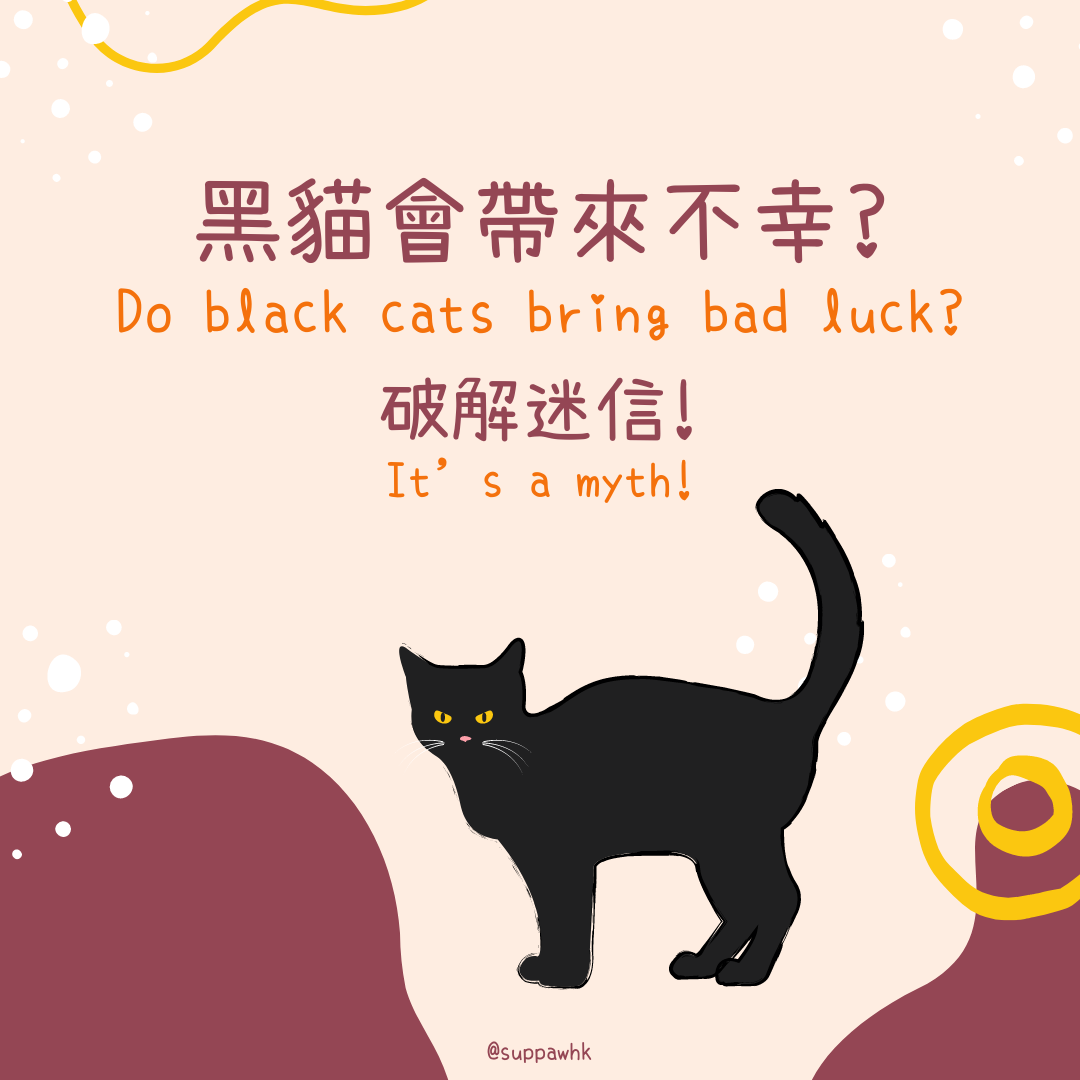 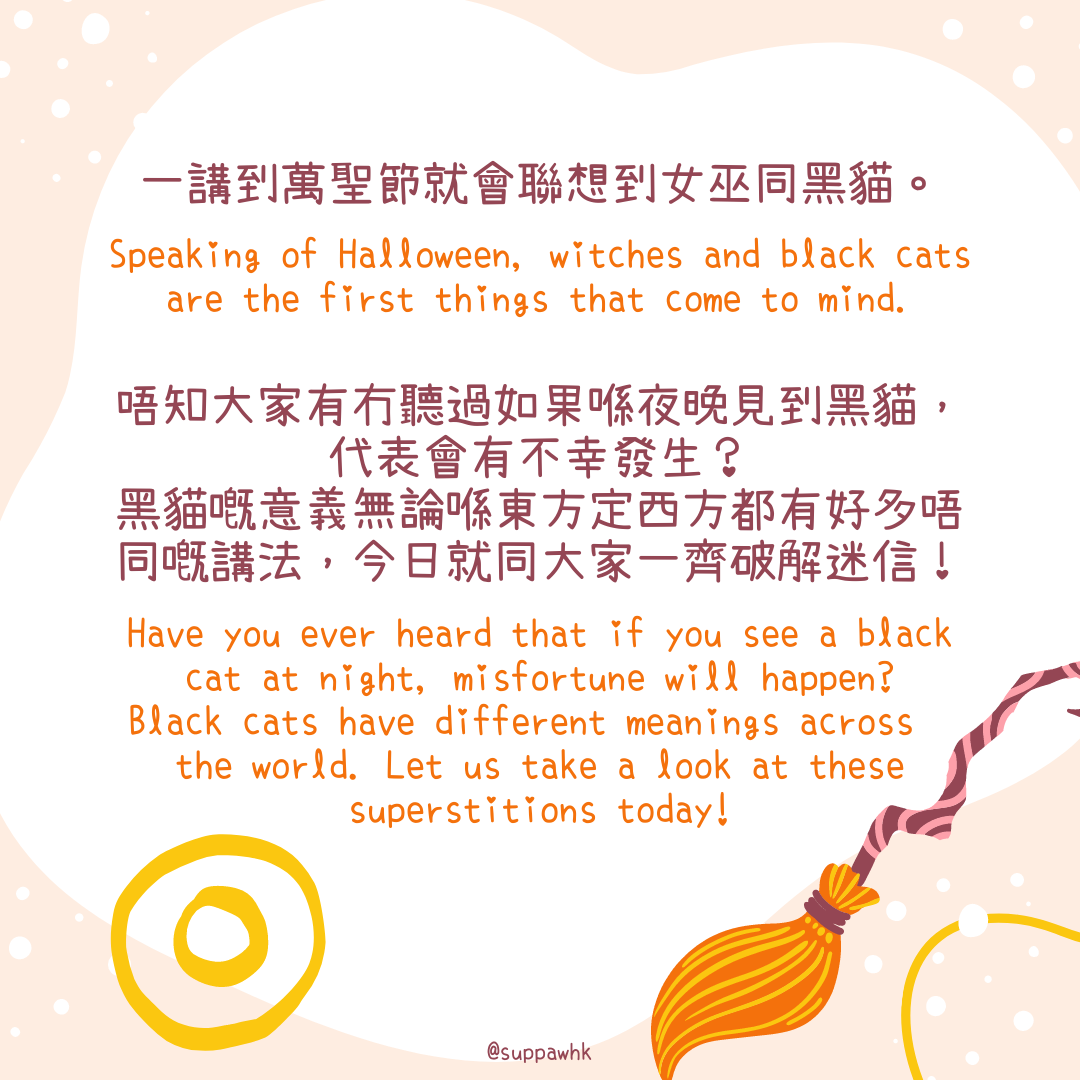 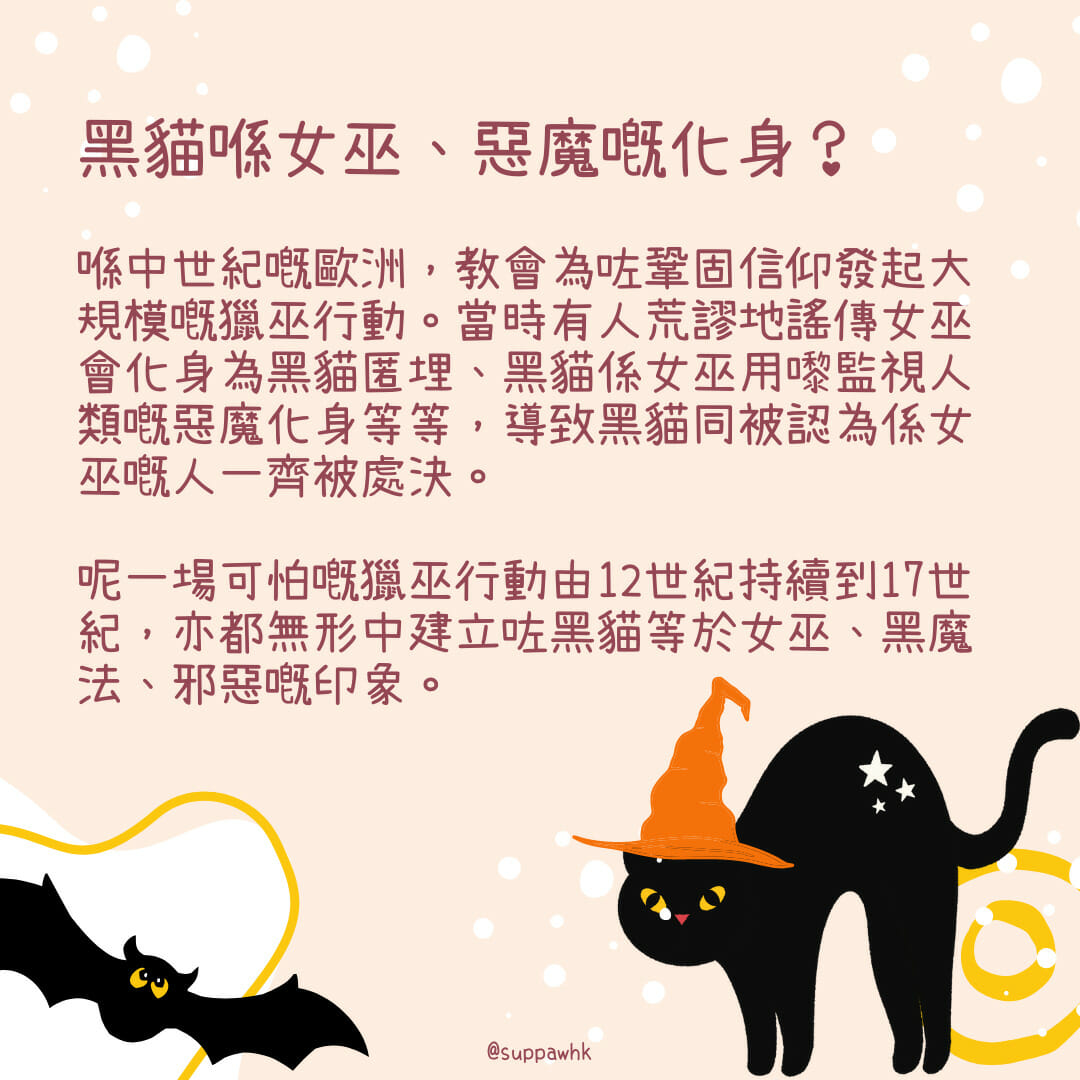 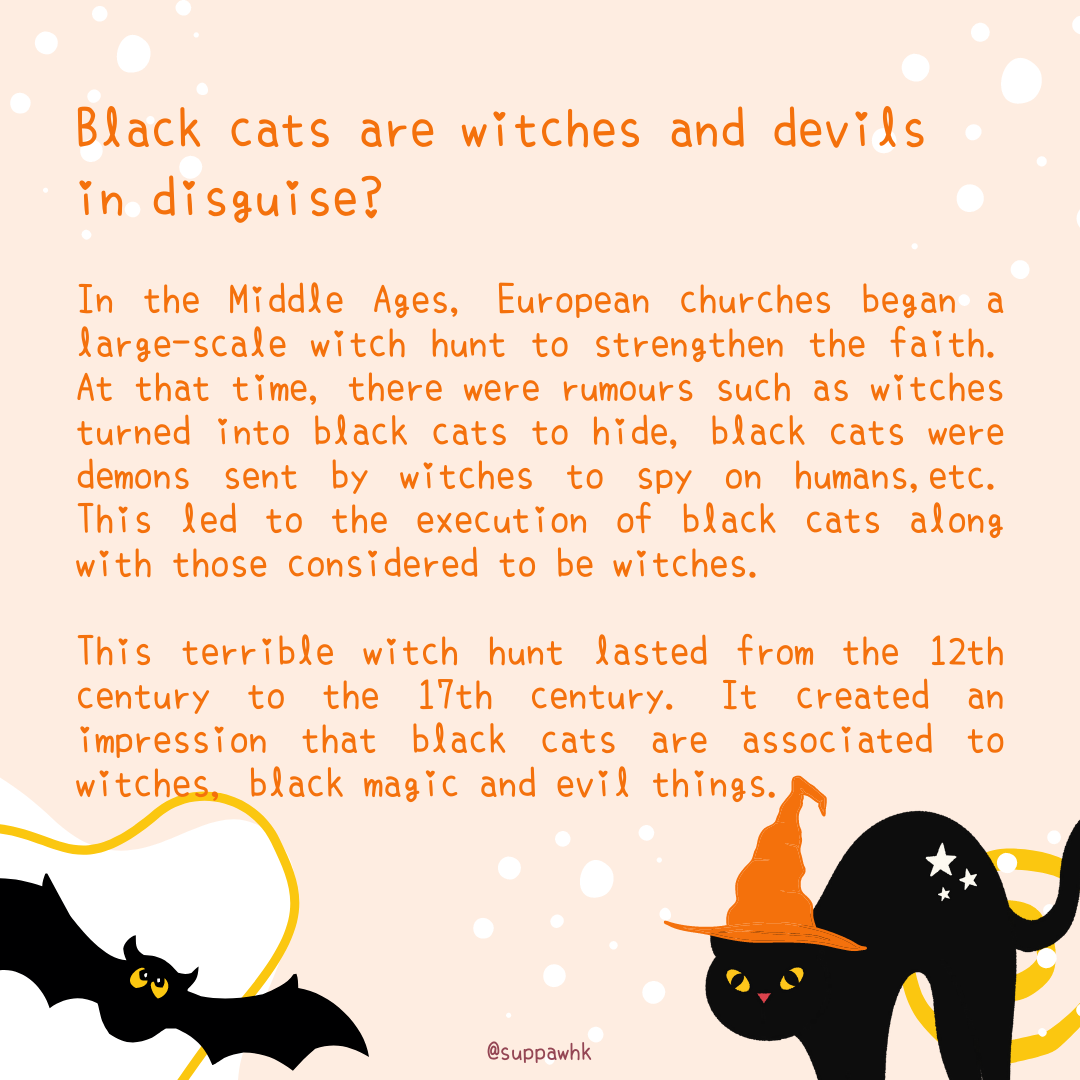 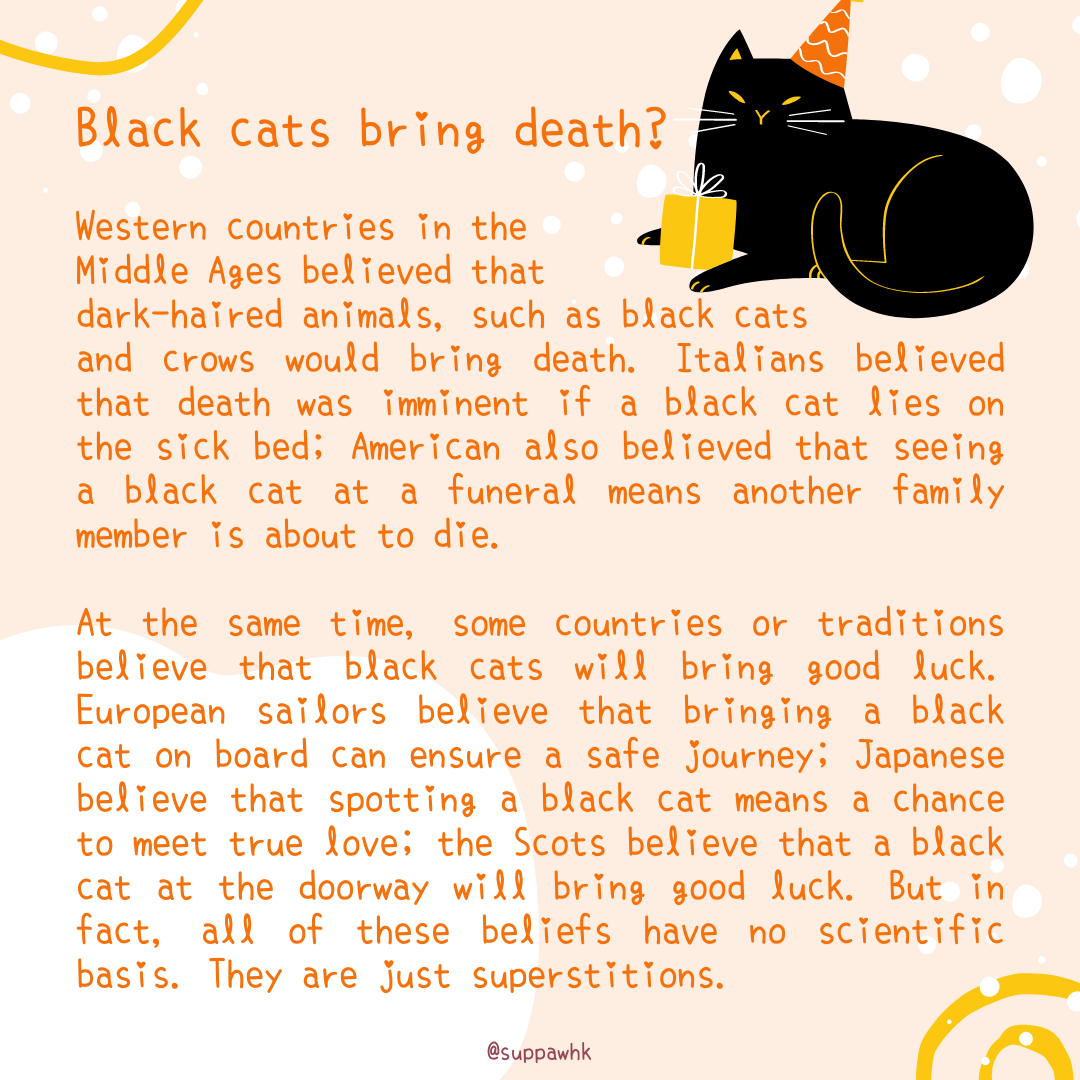 Speaking of Halloween, witches and black cats are the first things that come to mind.

Have you ever heard that if you see a black cat at night, misfortune will happen?

Black cats have different meanings across the world. Let us take a look at these superstitions today!

Black cats are witches and devils in disguise?

In the Middle Ages, European churches began a large-scale witch hunt to strengthen the faith. At that time, there were rumors such as witches turned into black cats to hide, black cats were demons sent by witches to spy on humans,etc. This led to the execution of black cats along with those considered to be witches.

This terrible witch hunt lasted from the 12th century to the 17th century. It created an impression that black cats are associated to witches, black magic and evil things.

>>> Don't be superstitious. Give love to our black-haired fur babies! <<<

Black cats have the lowest chance of being adopted and higher chances of being euthanized in shelters. The elders considered black cats unlucky and resist adopting them. Black cats also look unapproachable in photos, people subconsciously think they are less friendly, so they prefer cats with lighter fur colors.

These should not be the reasons to stay away from black cats. Try meeting the fur babies in person, and see how it feels. Give the black-haired fur babies a chance.