Get connected to HK Pet Community
Make a Donation
Home » Pet Knowledge » 《Why ear-tipping for strays?》⠀ 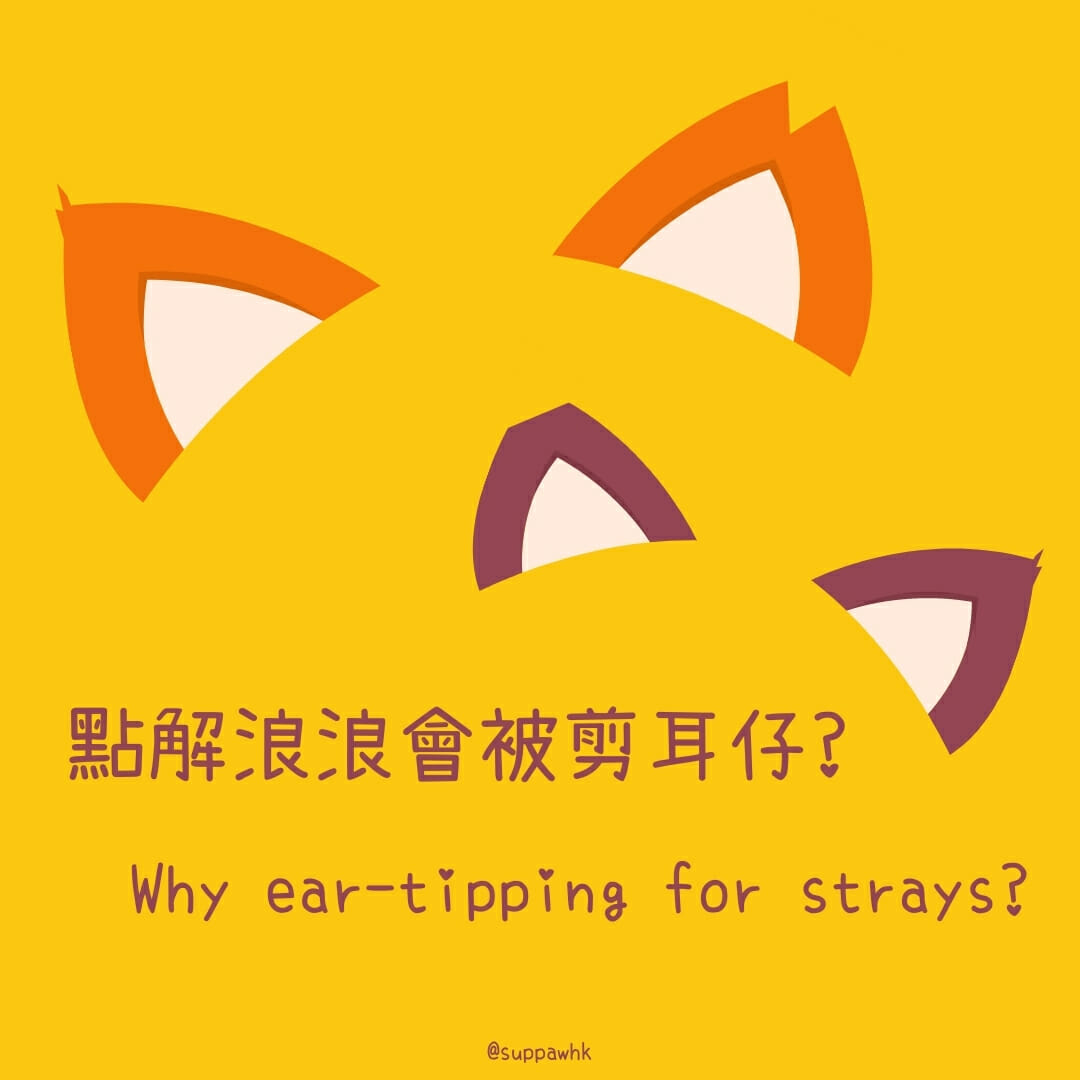 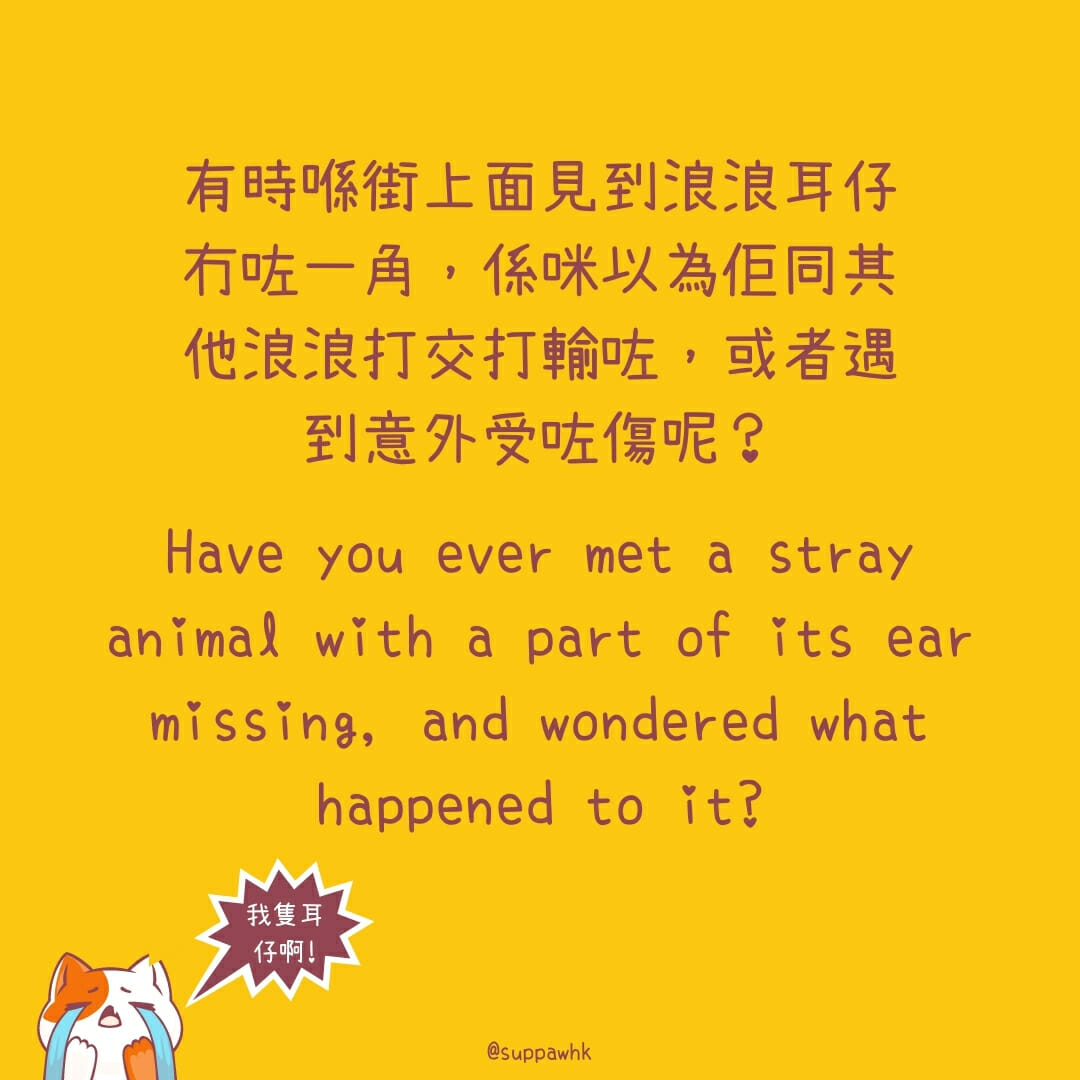 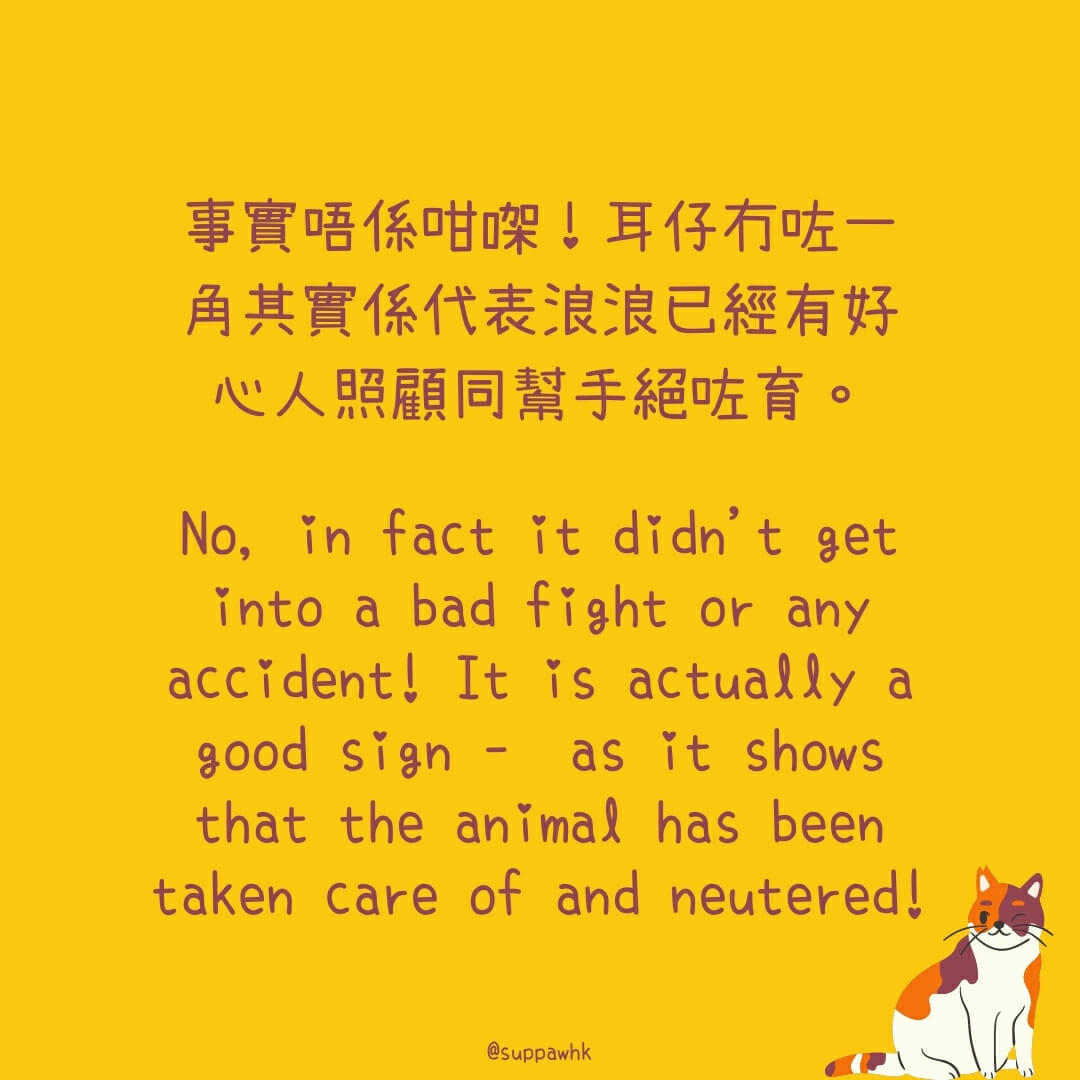 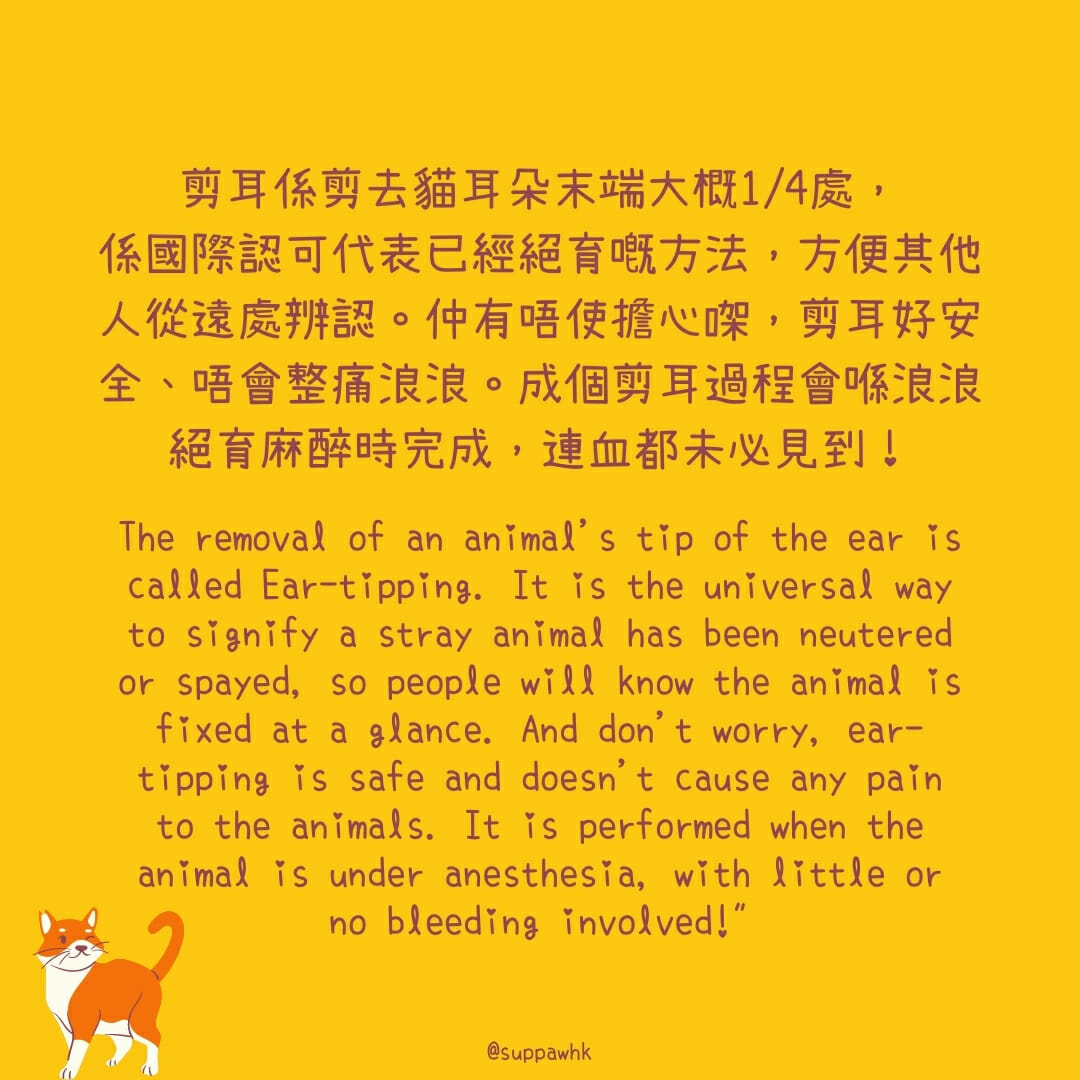 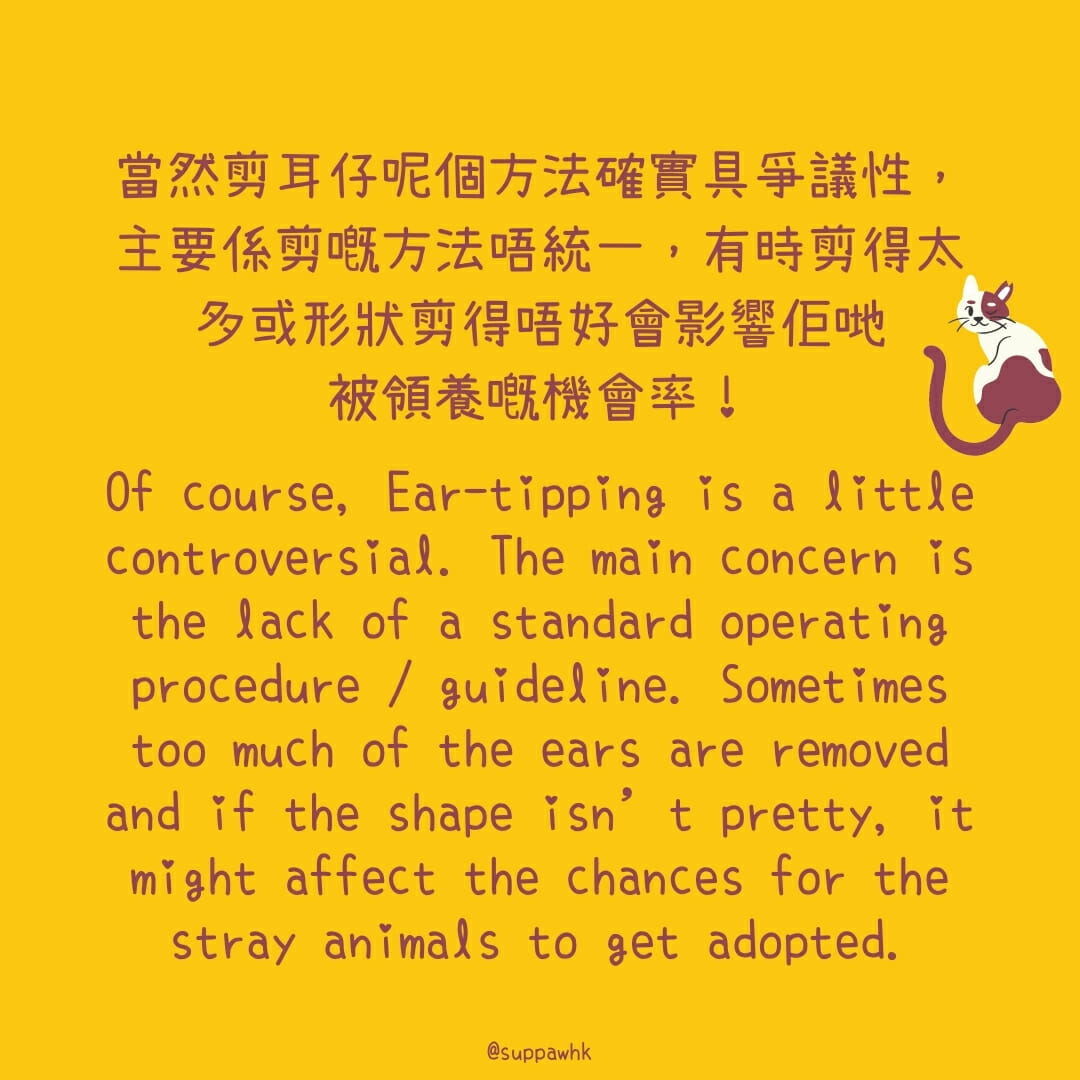 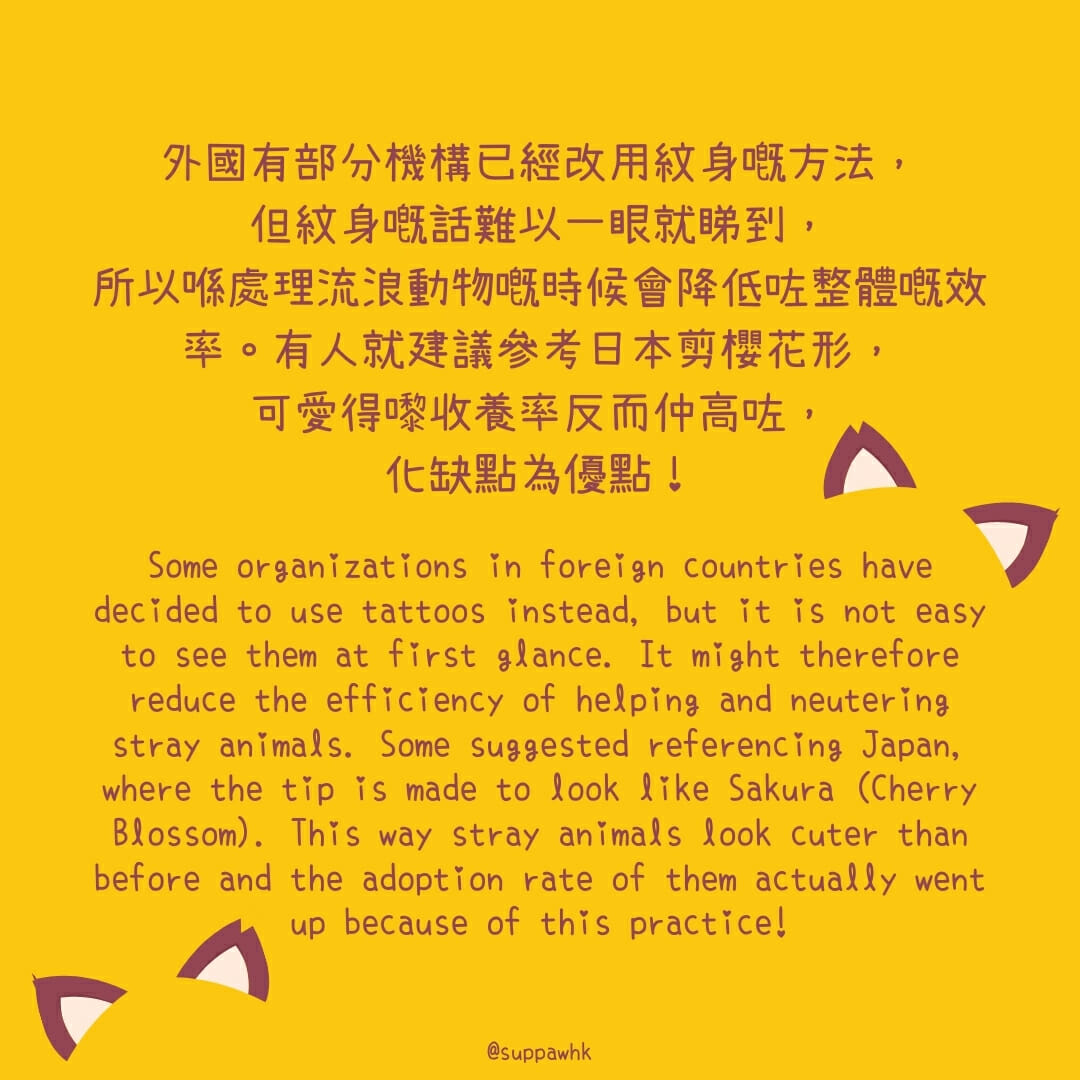 《Why ear-tipping for strays?》⠀

Have you ever met a stray animal with a part of its ear missing, and wondered what happened to it?

No, in fact it didn't get into a bad fight or any accident! It is actually a good sign – as it shows that the animal has been taken care of and neutered!

The removal of a animal’s tip of the ear is called Ear-tipping. It is the universal way to signify a stray animal has been neutered or spayed, so people will know the animal is fixed at a glance. And don' worry, ear-tipping is safe and doesn't cause any pain to the animals. It is performed when the animal is under anesthesia, with little or no bleeding involved!"

Of course, Ear-tipping is a little controversial. The main concern is the lack of a standard operating procedure / guideline. Sometimes too much of the ears are removed and if the shape isn’t pretty, it might affect the chances for the stray animals to get adopted.

Some organizations in foreign countries have decided to use tattoos instead, but it is not easy to see them at first glance. It might therefore reduce the efficiency of helping and neutering stray animals. Some suggested referencing Japan, where the tip is made to look like Sakura (Cherry Blossom). This way stray animals look cuter than before and the adoption rate of them actually went up because of this practice!